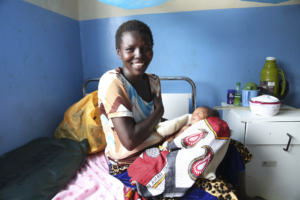 The maternal mortality rate in Malawi is one of the highest in the world. The country ranks at number 13 for the highest number of maternal deaths during pregnancy or after birth.

The maternal mortality rate in Malawi has decreased over the years, but it is still an alarming issue that the country is addressing. It is estimated that per every 100,000 live births, over 600 mothers die from mostly preventable causes.

In Malawi, the circumstances of maternal mortality are complex but preventable. Like most countries in sub-Saharan Africa, the health care system in Malawi is not as developed as the rest of the world. Having better access to health care and qualified personnel will save the lives of mothers and children in developing countries.

There are several causes related to the high maternal mortality rate in Malawi. Poverty is one of the main contributing factors. Given that half of the country’s population lives in poverty, most women cannot afford conventional health care.

The majority of the population live in remote, rural areas, making it difficult for mothers to find access to quality maternal health care. In many cases, they cannot travel long distances on foot to the nearest available clinic. According to a 2014 study, 44 percent of women in rural areas attended at least 4 antenatal care visits whereas, in urban regions, the figure jumped to 51 percent.

In Malawi, women have historically given birth in their homes due to cultural beliefs and practices. In most cases, traditional birthing attendants were present. However, many of them were not trained to respond if something were to go wrong. This most commonly occurred in impoverished families. Today, the country recognizes the need for professionally trained personnel. In 2015-2016, 91 percent of women were recorded giving birth in a healthcare facility.

Most maternal deaths are related to diseases or complications during pregnancy or childbirth. The most common direct causes of maternal death are:

The indirect causes include malaria, anemia, HIV/AIDS and tuberculosis. In most cases, these diseases or complications would have been preventable if there was better access to health care.

Due to foreign aid, and the dedication of the Malawian government, the maternal mortality rate in Malawi is improving with every year. In 2001, out of 100,000 live births, 868 mothers died. Today, that number is significantly lowered to just over 600.

Banda also believed in the importance of educating young women about their reproductive health. A survey on Maternal and Perinatal Health has shown that women with lower levels of maternal education are at risk of high maternal mortality even if they have access to health care facilities.

Banda made lasting changes in Malawi for the women and children of today and the generations to come.

USAID Investments to Improve the Maternal Mortality Rate in Malawi

The United States financially supports Malawi by investing in maternal and child care. USAID is investing in maternal health facilities and quality care interventions in order to progress the country’s healthcare system. USAID is also supporting national family planning programs that promote maternal education and informed decision-making for the mothers of Malawi.

As the country continues to develop, the maternal mortality rate in Malawi is decreasing.

Due to more accessible facilities, better-educated mothers and the addition of trained professionals, the status of maternal health care in Malawi has made significant strides.