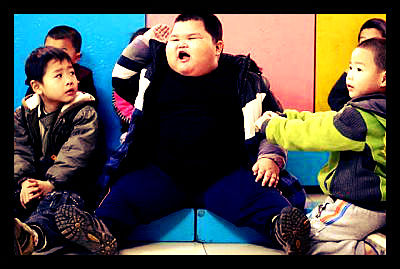 Malnutrition in Malaysia is two-fold: there are many children who are underweight and suffer from malnutrition, while a good percentage of the population is obese.

Malaysia has seen significant economic progress and continues to develop substantially. According to the World Bank Group, the country’s economic growth is estimated to progress by seven percent every 25 years, and has virtually succeeded in eliminating poverty in the region. The amount of households living beneath poverty lines decreased from 50 percent to less than 1.0 percent since the 1960s. Currently, the country is under a program called the New Economic Model, launched years prior, which aims to achieve the goal of high income status by 2020. The program also ensures that the progress made during this period is sustainable.

Although Malaysia is experiencing a great deal of prosperity, there still seems to be a prevailing concern regarding malnutrition in the country. There still remain pockets of places and people living below poverty lines with high income inequalities. These pockets contribute to the malnutrition issue in Malaysia.

There are currently 30 million people living in Malaysia, and of those 30 million, 9.5 million are children. Among the population, 17. 2 percent or approximately 400,000 children are stunted, while 12.5 percent are underweight. On the other hand, 44 percent of the population is overweight, while an estimated 15 percent is considered obese, according to the National Heath ad Morbidity Survey. The total number of people with obesity exceeds that of any other country in Southeast Asia. These two issues are causing a significant divide in the realm of malnutrition within the country.

In regards to undernourishment in Malaysia, there has been a slight decrease in mortality rates among children under five years of age. According to National Health Statistics, the mortality rate dropped in 2010 from 8.4 per 1,000 people to 8.1 in 2013. Rural areas in Malaysia continue to have a high rate of malnourished children, especially in indigenous regions. More specifically, malnutrition in Orang Asli is among the more prevalent areas, according to a recent status report by the Children’s Rights Coalition in Malaysia.

In indigenous regions, lack of access to clean water, land and food contribute to malnutrition. Additionally, communicable diseases passed on as a result of poor sanitation also cause underweight and malnourished children.

The problem of malnutrition in Malaysia has been previously addressed in a failed attempt to rehabilitate malnourished children. The project did not reach its target in the allotted time because of corruption by officials. The program was essentially launched to provide baskets filled with vitamins and essential food items to households living under the poverty line.

Malnutrition in Asia, especially in Malaysia, is among one of the biggest problems the region is facing. Despite Malaysia’s economic prosperity and affluent resources, there is still a high percentage of malnourished households suffering from food insecurity. The high obesity rate along with the amount of malnourished people living in Malaysia sheds light on the inequalities that exist within the country, inequalities that reflect the great divide between the rich and poor.

Azerbaijan’s Oil Money – What Will it Do With it?Malnutrition in Burkina Faso
Scroll to top