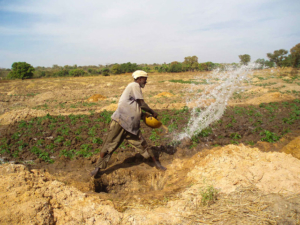 A land-locked country in West Africa, Mali has an economy that is primarily based on agriculture. The main crops produced are millet, rice and corn. However, this country-wide reliance on agriculture depends on the weather, which often includes unpredictable rainfall patterns. Inconsistent agricultural production, high population growth and increasing desertification are some of the causal factors that have resulted in the country’s ranking 182nd out of 189 countries in the world on the Human Development Index. Malnutrition also happens to be one of the leading causes of death in Mali. Because of this, many NGOs and governments around the world have funded programs in Mali to help improve living conditions and decrease malnutrition.

Aside from agricultural issues, political instability has also led to severe malnutrition in Mali. Recently, USAID predicted that an additional 868,000 people will require urgent food assistance in 2019. Of these 868,000, 160,000 will be children. Children who are malnourished are at high risk of growth deficiencies; as such, many children in Mali are severely underdeveloped with regards to their height and weight.

Current and Past Progress

However, some progress has been made. From 2006 to 2013, thinness among women of reproductive age and adolescent women decreased by 2 and 4 percent, respectively. Additionally, the prevalence of underweight children (under the age of 5), decreased from 14 percent to 13 percent. Although this may not seem like a significant statistical improvement, 1 percent of the population of children under 5 years old (3.33 million) represents 33,300 children, indicating that progress has been made towards reducing malnutrition in Mali.

In 2010, then-U.S. President Barack Obama started the Feed the Future initiative, a U.S. funded foreign assistance program that targets specific countries to alleviate global poverty and improve food security. As one of 12 countries selected to receive aid, Mali continues to benefit from the implementation of environmental and nutritional plans. The country has begun to invest in fertilizers in farms across the nation to improve the quality of crop production, and an additional 4.3 million trees have been planted around the country to help make farms more resilient. Additionally, the initiative has encouraged farmers to plant oilseeds, which they can sell for people to use as biofuel and soap. As a result of all of this, the Feed the Future initiative has provided nutritional and humanitarian assistance to millions of individuals in Mali.

Other USAID programs have proven to be of great help in Mali as well, such as the Food for Peace program which has provided $28.5 million of emergency food assistance in the Mopti, Koulikoro and Segou Regions. The program aims to increase the diversity of foods consumed in these regions to decrease malnutrition and make the population healthier.

Today, the Office of Food for Peace (FFP), an organization within USAID, partners with the U.N. World Food Programme, U.N. Children’s Fund and CARE, a nonprofit organization dedicated to ending world poverty, to provide food assistance in the poorest regions of Mali. As of July 2019, FFP assists 300,000 people with food distributions, supplemental nutrition assistance and asset-building activities. 33,000 severely malnourished children have received ready-to-use food and 124,000 people in the Mopti Region have been provided with programs to improve food security, promote hygiene and provide conflict support.