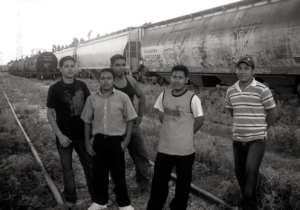 Central America is currently facing a growing and uncontrollable issue of violence and corruption. Many innocent civilians, in search of more stable living conditions, have decided to attempt to escape the devastating violence of the region. However, considering the various situations in nations like Venezuela and Colombia worsening, a large number of migrants are journeying toward the safety of the United States. In recent years, violence has run rampant in Central America and, specifically, the Northern Triangle (the region comprised of Guatemala, El Salvador and Honduras). Drug cartels and gangs have taken over, perpetuating corruption and violence that has crippled the region’s economy and political stability. The situation seems bleak, but here is how to help people fleeing violence in Central America.

Violence in the Northern Triangle

First, it is crucial to understand the violence occurring in the Northern Triangle. Specifically, two well-known gangs are to blame for much of the violence and conflict in the region. MS-13 and Barrio 18 have grown to control most of the crime and extortion rackets in Central America. These criminal organizations heavily involve themselves in drug trafficking as well, increasing the prevalence of violence and death in the region. According to InSight Crime, a foundation that focuses on the analysis of crime and threats to national and citizen security and safety, 47.4 percent of homicides in Guatemala in 2015 related to gangs or organized crime. On top of that, 49 percent of other homicides had unknown motives and perpetrators between 2012 and 2015.

The third country comprising the Northern Triangle, El Salvador, has also fallen victim to this festering cycle of violence and crime. Since 2015, gang violence alone has resulted in the deaths of more than 20,000 people in El Salvador, and to this day, innocent civilians are still trying to flee this volatility and corruption.

That said, there is still hope for the desperate refugees who have been displaced from the region. Organizations like The Office of the United Nations High Commissioner for Refugees (UNHCR) and Amnesty International have developed programs by which people can donate money and garner support for the humanitarian crisis in Central America. UNHCR and Amnesty International have done extensive work to analyze migrations from the Northern Triangle, chronicling why and how people are fleeing from the region. The organizations have also called upon various nations and leaders, such as the United States, to provide more aid to this desperate region through financial appeals processes and garnering support from the general public.

How Anyone Can Help

Those looking for how to help people fleeing violence in Central America can do so by emailing and calling their local representatives in Congress in support of the rejection of any proposed cuts to foreign assistance going to the Northern Triangle countries in Central America. It is as easy as sending an email or making a quick phone call, but the impact of these small gestures can have tremendous effects on policymakers, as they all must consider the ideas and sentiments of their constituents.

By reaching out to policymakers and creating more awareness regarding this growing issue, foreign aid will eventually reach the Northern Triangle. Though the proliferation of political instability and gang violence in the region makes for a bleak situation, foreign aid facilitated by active public engagement can have a positive impact on the people fleeing violence in Central America.

10 Facts About Life Expectancy in Guyana Fighting Malnutrition in Mali: A Collaborative Effort
Scroll to top