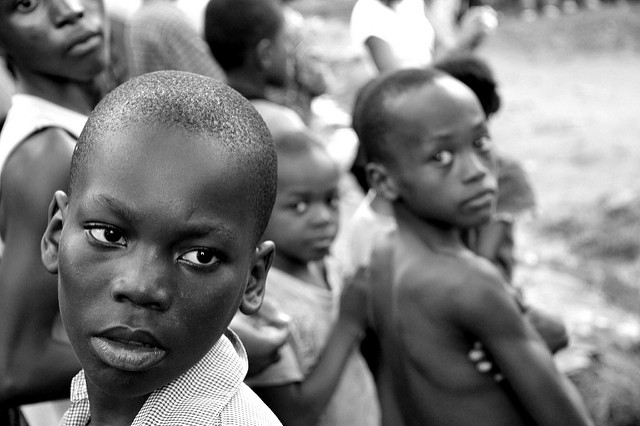 Despite relative peace and political stability in Cameroon, it remains a country plagued by food shortages and malnutrition.

Cameroon is home to 23.7 million people, 40 percent of whom live below the poverty line. Poverty is concentrated in four regions —  the Far North, the North, Adamaoua and the East. These same regions are those most severely impacted by food insecurity. In fact, OCHA (the United Nation’s Office for the Coordination of Humanitarian Affairs) reported a 189 percent increase in food insecurity between 2013 and 2016 and stated that 2.6 million people in Cameroon were food insecure in 2017.

In April 2018, the World Food Programme (WFP) reported that that number has risen to 3.9 million, 2.5 million of whom are living in one of the four aforementioned regions. In other words, 36.7 percent of the population in these four regions is food insecure.

Cameroon’s harsh climate makes growing crops extremely challenging. In the North, between 25 and 30 percent of the land is completely barren and unsuitable for cultivation. Furthermore, the dry season is long, during which severe water shortages are widespread and, when rain does come, ruinous floods become common.

Refugees and IDPs in Cameroon

At the end of 2017, the UNHCR (the U.N.’s Refugee Agency) reported that over 85,000 Nigerian refugees lived in the Far North region of Cameroon and about 231,000 refugees from C.A.R lived in the North, Adamaoua and East regions. Such dramatic population influxes take a severe toll on the already limited food supply of Cameroon.

In addition, Boko Haram — the major cause of most Nigerian refugees fleeing for Cameroon — has been active along the Nigerian-Cameroonian border; so, along with forcing Nigerians to flee violence and resettle in the Far North of Cameroon, Boko Haram violence also forces local Cameroonians from the Far North to flee south into the North and Adamaoua regions.

These internal Cameroonian refugees are officially referred to as Internally Displaced Persons (IDPs). Between 2014 and 2015, over 70 percent of farmers in the Far North region, fleeing Boko Haram violence or over-crowding caused by the influx of refugees, deserted their land to move elsewhere to a less crowded area.

However, rather than lessen the pressure placed on the already scarce food resources of the Far North, IDPs abandoning their farms only increases it, for much viable land is now not being farmed. As a result, the production of cereal crops, the main staple food of the region, was down over 50 percent between 2014 and 2015.

Efforts to Help & Reasons for Hope

Regional violence — such as that caused by Boko Haram — makes delivering food especially difficult, but the WFP has remained committed to helping in Cameroon nonetheless. The organization continues to raise money and increase the amount of food and nutritional supplies being sent to refugee camps. Furthermore, the WFP runs a supplementary feeding program that specifically targets childhood nutrition, as an estimated 31 percent of all children in Cameroon between the ages of six months and five years are chronically malnourished.

Despite continued challenges, the impact of WFP shows reasons for hope. In April of this year alone, the WFP helped over 292,000 people in Cameroon. Almost 75,000 CAR refugees living in East, Adamaoua and North regions, 47,500 Nigerian refugees and almost 17,000 Cameroonian IDPs in the Far North region received food rations or cash transfers from WFP.