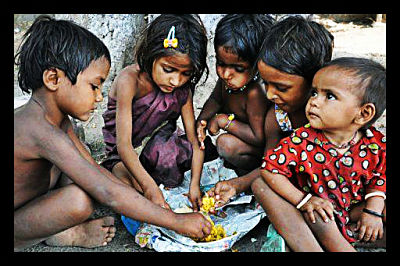 Since the 1990s, there has been great progress in Bhutan’s small, agricultural based economy. With this economic progress, the citizens of Bhutan have seen a decline in poverty, a decentralized government and better access to health care.

In 2007, poverty in Bhutan was well over 40 percent. As of 2014, Bhutan’s National Statistics Bureau reports that poverty is at 12 percent nationally. Dietary diversity has improved greatly since 2007 among poor and non-poor, with households consuming higher amounts of nuts, fruits, oils and fats and sweeteners like sugar and honey.

Still, as more and more of Bhutan’s small population of 761,019 mobilizes out of extreme instances of poverty, there are indications that proper nutrition is a problem for many, especially children. It is estimated that 34 percent of children in Bhutan are stunted as a result of malnutrition and 11 percent show signs of wasting. While malnutrition and stunting is found to be slightly higher in rural regions of western and eastern Bhutan, national statistics from Bhutan show that at least 15 percent of children under five are undernourished.

There are a number of reasons as to why malnutrition and the stunting of children is prevalent in Bhutan. One significant factor is the health and nutrition of mothers who are pregnant or nursing. According to UNICEF, poor practices of infant feeding and a 50 percent rate of anemia among young mothers contributes to the vicious cycle of malnutrition among young children in Bhutan. As a result, one of every 10 mothers gives birth to a low-weight baby. The Bhutan Poverty Assessment said, “the under nutrition problem is prevalent in the eastern part of the country and among children of mothers with no education.”

There is an overall lack of use of antenatal and prenatal care amongst mothers in Bhutan. Few women in rural areas have their births attended by skilled professionals, even though Bhutan offers a system of universal health care to its citizens.

Others point to Bhutan’s reliance on foreign imports of food as being the main cause. This reliance causes the population to depend on foreign sources of food, which sometimes leads to a degree of neglect in subsistence farming and agriculture. Also, imports of certain Western foods, high in sugar content and offering little nutritional value, have led to a disparity in adequate nutrition in Bhutan.

The Kingdom of Bhutan is on track to meet the Millennium Development Goals; however, malnutrition remains the main impediment to Bhutan’s development. Though Bhutan fares far better than other nations in Southern Asia, it has recognized that in order to improve the overall well-being of the nation, something must be done to improve the health and nutrition of its young mothers and children.