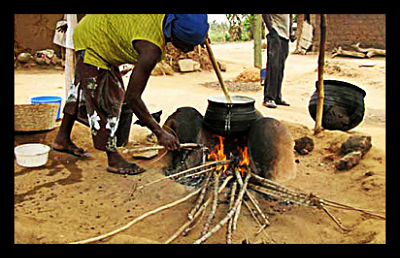 Despite this, 44 percent of Nigerian households have no access to electricity.

Indeed, even in Nigerian homes with electricity, the quality of service provided is often intermittent while growing increasingly unaffordable. In an op-ed in the International New York Times, published August 8, 2014, author Adewale Maja-Pearce explained that in February 2014 his monthly bill jumped from $30 per month to nearly $185 per month, despite the fact that he was receiving roughly three hours per day of power. This price increase occurs at a time when 92.4 percent of Nigerians live on less than $2 per day, and 70.8 percent live on less than one dollar per day.

The problem of energy poverty is not exclusive to Nigeria. According to the International Energy Agency, “over 1.3 billion people are without access to electricity and 2.6 billion are without clean cooking facilities. More than 95% of these people are in sub-Saharan Africa or developing Asia and 84% are in rural areas.”

Though the problem is not unique to Nigeria, it does bring to light the global inequality behind the phenomenon of energy poverty despite Nigeria’s status as a major energy exporter. It is seemingly paradoxical for a nation which began exporting large amounts of liquid petroleum gas through Chevron in 1997 to have a per capita liquid petroleum gas usage rate of 0.4 kilograms per second, one of the lowest in the region.

Addressing energy poverty is a key point in the fight against global poverty. Greater access to alternative energy sources will reduce unnecessary deaths, such as the 95,300 Nigerian deaths which occur annually from smoke created by the use of solid biomass fuels. It will enhance the financial capabilities of those nations currently struggling to provide power to businesses. This, in turn, will expand the global community of consumers.

Regardless, the importance of treating energy exporters as nations, and not simply as trade partners, remains a primary challenge moving forward in the fight against global inequality.