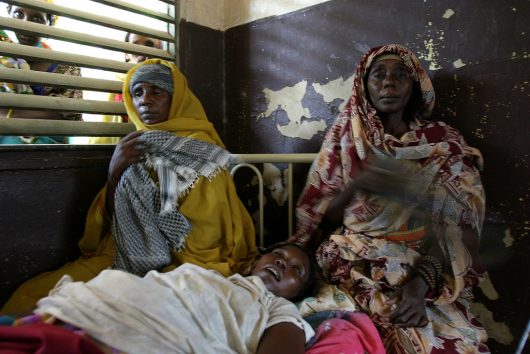 Despite the progress being made in improving global healthcare, malaria still remains a pressing concern. After HIV, it is becoming one of the most ubiquitous diseases in war-torn and impoverished countries, especially in sub-Saharan Africa. The impacts of malaria can be especially debilitating for the poor. Even though the threat of malaria has decreased during the past 15 years, it still belongs to the group of 20 ‘’neglected tropical diseases’’.

Malaria is a disease caused by the Plasmodium parasite that is secreted by the bite of the female Anopheles mosquito. Anopheles mosquitos often lay their eggs in stagnant water, after which these eggs become adult mosquitos. The disease is prevalent in areas with poor sanitation and hygiene facilities, making it especially common and potentially dangerous in refugee camps.

The WHO estimated in 2015 that nearly half the world’s population is vulnerable to malaria, with a significant proportion concentrated mainly in sub-Saharan African countries. In 2015 alone, there were more than 222 million cases of malaria recorded, with a death toll of nearly 492,000. It was discovered that there is a link between climate change and the threat of malaria and other diseases. Global warming is resulting in an increase in global temperatures, which creates a more favorable environment for Anopheles mosquitos.

The Bill and Melinda Gates Foundation, a renowned organization spearheading development funding and global health initiatives, has spoken about the U.S. budget cuts to foreign aid and healthcare. Achieving further progress in countering the malaria threat will be hindered by these cuts. Their analysis estimated that this decrease would lead to an additional 5 million deaths by 2030.

Fortunately, UNICEF noted that between 2000 and 2005, the malaria mortality rate has actually fallen by around 37 percent globally. Artemisinin-based therapies have been quite successful in reducing the harmful impacts of Plasmodium falciparum, one of the most deadly forms of malaria.

Many of the countries most affected by malaria are stepping up their efforts to combat the disease. Rwanda is treating the malaria threat with insecticide-treated nets, indoor residual spraying and the use of artemisinin-based drugs.

Nigeria alone accounts for nearly 25 percent of the malaria cases in Africa, which is one of the leading causes of premature death in the country. The Global Fund is working in Nigeria to treat the record levels of malaria cases and control the spread of the disease. WHO is also scaling up its operations in addressing the malaria threat in the country.

The recent malaria prevention drive in South Africa reaffirmed its support for alleviating the malaria threat in the country. The initiative is a collaborative agreement between South Africa, Swaziland and Mozambique. The high incidence of diseases like HIV in South Africa often exacerbates the impact of malaria, making it particularly important to be addressed.

Working on preventive and mitigation efforts for malaria will go a long way towards addressing the rampant spread of the disease. The progress currently being made in reducing the malaria threat will yield successful results in the future.