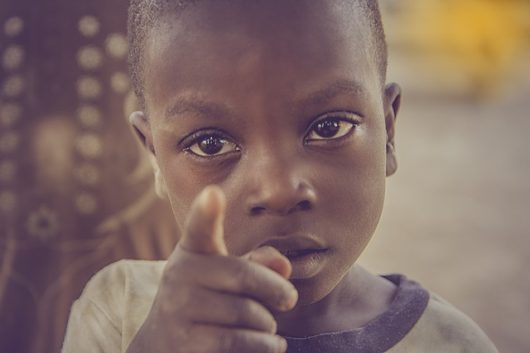 Imagine a world where poverty is illegal. These are not lost lyrics to a John Lennon song but a radically simple and pragmatic approach to eliminating global poverty through legal action. As the 70th anniversary of the Declaration of Human Rights nears in 2018, this new legal paradigm of making poverty illegal is being proposed to the United Nations to revolutionize how the world responds to extreme poverty.

Italian economist Riccardo Petrella’s idea that the law should ban poverty has found an unlikely alliance far from Rome. An Italian Vicar stationed in southern Chile has been a vocal advocate of the idea, and he has led the campaign mobilizing Argentine academics, Patagonian mayors, notable press associations and left-wing student organizations amongst others in the region to sign onto the pledge “We Declare Poverty Illegal.” Two Chilean municipalities have already declared poverty illegal in hopes of giving momentum to this concept throughout the country.

Participants in the region’s “From Utopia to Action Conference” on poverty discussed the pledge and demand that poverty is viewed as a systemic product, not an accidental one. They also noted that their Native Mapuche ancestors didn’t have a word in Mapundun language for poverty. However, the movement to make poverty illegal has been gathering momentum in other countries such as Canada, Belgium, Malaysia and the Philippines.

By giving a moral problem a legal solution, society can compel governments to action. Of course, passing laws alone will not end poverty or any other unwanted social ill, but it can give definitive guidelines of how and when the international community must address the most extreme forms of poverty. As Thomas Hobbes wrote in his revolutionary book Leviathan, which influenced the writers of the U.S. Constitution, “the law is the public conscience.”

What would making poverty illegal look like? It might mean guaranteeing access to clean drinking water. Other ideas that are being discussed to add to the “make poverty illegal” charter include making famine illegal. While the UN has acknowledged that clean water and food are basic human rights, they have not made mechanisms to require them to take action when confronted by these disasters. International organizations like the United Nations are continually monitoring countries at risk for famines. However, there is no current legal mechanism that mandates a response to any of the four countries currently at extreme risk of famine. In the past, delayed reactions to food insecurity and famine in places like Somalia led to thousands of preventable deaths.

By incorporating famine into the legal system, it would replace the traditional response to so many preventable deaths. Conventionally, places at risk of mass hunger need even more massive campaigns to build the alliances and awareness necessary to spur international action (think George Harrison’s Concert for Bangladesh or LiveAid).

Instead, the legal approach more efficiently uses measurable indicators of poverty that are already established by the UN, like the Human Development Report. The HDR focuses on numerous outcomes and deprivations to create a multidimensional view of poverty such as the infant mortality rate, malnutrition and illiteracy rates to determine where the global community should be compelled to intervene, even if there is no armed conflict.

The Civil War changed American slavery from a moral deficiency into an illegal institution. After the Holocaust, a convention established laws to prevent future genocides. While neither of these developments eliminated slavery or genocide entirely, a culture of the rule of law around these behaviors has evolved, making them entirely unacceptable and punishable by law. By making poverty illegal, we can relegate it to the same dustbin of history’s worst ideas as we did with its predecessors.