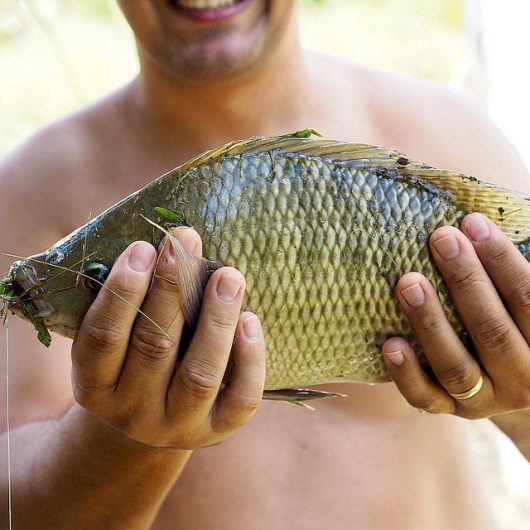 In Brazil, there are only three skin banks to serve a population of 208 million people. The health care system is so strained that the collagen and tissue stored at these skin banks can only meet one percent of the demand of burn victims in Brazil. Due to the high cost of skin grafts, most burn cases instead receive a sulfadiazine burn cream containing silver to prevent infection. The treated area is wrapped in burn gauze with no healing or restorative property to the tissue. When researchers at José Frota wanted to address this issue, they had a novel idea: using fish skin to heal burn victims.

The researchers began experimenting with Tilapia, which is one of Brazil’s cheapest and most abundant species of fish. The results were shocking, not only did the treatment cost 75% less than the cream and gauze method, but it also resulted in far less pain for patients. Some patients even reported being able to stop taking pain medications due to the fish skin treatment. This is in part because the Tilapia skin is richer in types 1 & 3 collagen than human tissue; these collagens are critical to healing burns in damaged tissue.

The collagen in Tilapia skin also stays moist longer than burn creams, resulting in fewer applications than with gauze. This lowers pain when administering the bandage as well as decreases medical costs while healing the wound. On many second-degree burns, the fish skin can remain on the skin throughout the entire scarring process. In Brazil, Tilapia skin was previously considered garbage, but doctors’ ability to use fish skin to heal burn victims has changed those opinions.

One reason for such an incredible discovery is that Brazilian medical researchers face different problems than their American counterparts. This leads to innovative solutions to problems of cost and access to health care that uniquely faces their society. Consequently, their ingenuity results in developing solutions that benefit the global medical community. In the same manner that World War II produced the advancement and mass production of penicillin, the inequitable and resource deficient health care system in Brazil produced this innovative approach.

Although not directly involved with this project, USAID is incredibly important to creating relationships with researchers, physicians and universities that facilitate these discoveries. Doctors have shown promising results from their early experimentation, but they need a private company to begin producing and selling the fish skin to hospitals for it to gain momentum in the medical community. USAID could invest in the project to produce these skins that would reduce its health care expenditures across the globe. Using fish skin to heal burn victims is just the beginning of low-cost high tech solutions with incalculable benefits that our foreign assistance and investment can produce.