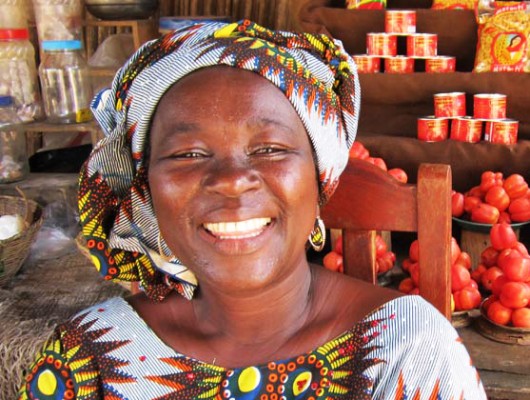 Next time you need to give someone a gift, why not give the gift of giving? That is the idea behind Lendwithcare, a microfinance program established by CARE International UK. The idea is simple: you give someone a gift voucher that they can use to help the less fortunate.

At a minimum of £15, Lendwithcare vouchers enable people eager to give to provide loans for entrepreneurs in developing countries that lack access to financial services and institutions.

Lendwithcare lenders can go online, read about the entrepreneurs and their ambitions and choose which one they would like to support. After that, the entrepreneur’s activities, setbacks and successes can be tracked on the Lendwithcare website. Their profiles will be regularly updated.

Once the loans are repaid, the lender can either withdraw or find another entrepreneur to finance. It’s the gift that keeps on giving.

Since its founding in 2010, Lendwithcare has partnered up with MFIs in Benin, Bosnia and Herzegovina, Cambodia, Ecuador, the Philippines, Togo and Vietnam. According to the Guardian, by 2013, they had processed over 74,000 loans totaling £2.7 million to 4,600 entrepreneurs worldwide.

Best of all, the loans are not cut down by administrative charges. Everything goes to the entrepreneur. Lenders do not have to worry about not getting their money back. Lendwithcare’s default rate is “virtually zero,” says the Guardian.

For over two decades, according to their website, CARE has used microfinance to serve people who otherwise would not be able to find loans to support their businesses and households. Microfinance also helps entrepreneurs avoid loan sharks who prey on low-income areas.

Despite the increasing popularity of the method, CARE believes that “the real potential of microfinance is still to be realized.”

Lendwithcare is the next step toward reaching that potential. Rather than restricting lending opportunities to professional institutions, the program allows regular people to get involved with financially supporting entrepreneurs in developing countries, many of whom come from isolated rural areas, according to Lendwithcare’s website.

Not only do loans help underprivileged entrepreneurs and the communities they live and work in but they also give do-gooders a chance to enjoy a new kind of gift.

BBC Three’s Stacey Dooley, an eager lender herself, wrote a moving article for Huffington Post about meeting the people she supports in Bosnia and Herzegovina. Lendwithcare vouchers are different from charity gifts, Dooley says, “because they keep on giving, year-in and year-out.”

With its skyrocketing success, Lendwithcare has demonstrated that its model works and that other companies can use this revolutionary idea to make development more personal and sustainable.