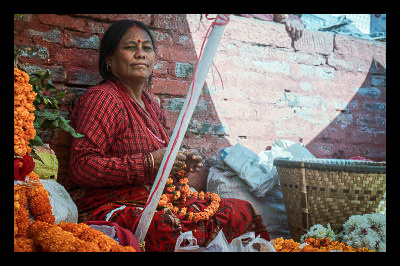 In the past, Nepal has been regarded as one of the poorest countries in the world. Poverty in Nepal is caused by poor infrastructure, health, education and economy. The country is also susceptible to natural disasters due to its location. However, thanks to the people who have been dedicated to improving conditions in Nepal, there is good news: extreme poverty have been reduced by 50 percent in the last 20 years.

How did this happen? Innovative developments are being introduced to the country, and Nepal is already benefiting from them.  The newborn mortality rate has already dropped 34 percent since a disinfectant gel to rub on the umbilical cord—rather than the traditional usage of oil, ash and even animal droppings—was presented to Nepalese mothers.

Other strides are being made by implementing different programs for the Nepalese people, like a nutrition program called “Suaahara” that educates families on proper farming and hygiene. Another program prioritizes improving the literacy rate of children. If the population of Nepal becomes 10 percent more literate, this can boost their economy by 0.3 percent.

Important changes are being made in Nepal’s legal system and government, too.  Organ selling has only recently become illegal and efforts are being made to help and protect a large number of human trafficking victims. According to USAID, 15,000 Nepali women and girls are trafficked out of the country per year, while 7,500 are trafficked domestically for sexual exploitation.

One of these efforts is the Combating Trafficking in Persons Project, carried out in Nepal to prevent, protect and provide justice for human trafficking victims. Now that the victims are a focus, traffickers are beginning to face legal consequences.

Nepal is also still working on becoming a democracy after having been a monarchy for so many years. This means that citizens of Nepal will get the chance to vote for the first time in 16 years.  At this rate, the country is expected to be rid of extreme poverty by 2030. What was once a country full of people living on one dollar a day is now a country with a bright future.