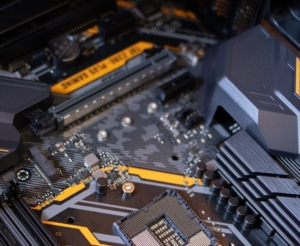 Having access to education is a fundamental aspect of being able to improve one’s life. Children who grow up in poverty are often deprived of an education and therefore have fewer opportunities as adults, which maintains the cycle of poverty. Education has been proven to be one of the most effective ways to break that cycle. Poor countries have the highest rates of children who are not in school, and according to an estimate from UNESCO, universal secondary education would lead to a 55 percent drop in the number of people living in poverty around the world. In other words, if everyone completed secondary education, more than 420 million people could be lifted out of poverty. Here is the story of the Kio Kit, a way of introducing technology for education in rural Africa.

Education Is A Human Right

The United Nations recognized education as a human right in the 1976 International Covenant on Civil and Political Rights. However, as of 2015, the UNESCO Institute of Statistics estimates that 37.1 percent of upper-secondary-school-aged children globally are not in school. Barriers to education come in many forms: some children begin working at a young age to help provide for their families, in some places girls are not allowed to go to school and many children live in regions undergoing conflicts or crises that prevent them from accessing education. Additionally, a lack of funding can mean untrained teachers, no school buildings and not enough educational materials.

A lack of access to technology is another barrier to education. Modern technology expands the horizons of what an instructor can teach — perhaps she will download ebooks, or show an educational video about biology, or teach students computer skills that are an asset in the workforce. In many regions, particularly in Africa, internet access is limited. For example, in Chad, Niger and Madagascar, less than 10 percent of the population was using the internet in 2017. The U.S. Energy Information Administration estimates that in 2014 approximately 15 percent of the world population did not have access to electricity, with electricity being less accessible in urban areas. So how can we adapt educational technology to work in regions where there is limited access to electricity and the internet?

How To Adapt Technology

BRCK, an engineering and design company based in East Africa, has developed a solution. BRCK, founded in 2013, focuses on digital solutions that are specific to African infrastructure. The company was named one of TIME Magazine’s 50 Genius Companies in 2018. BRCK’s Kio Kit project was launched in 2015 and consists of a set of forty tablets and a Wi-Fi router that can connect to web content. Kio Kit tablets charge wirelessly, either by connection to a power source or by solar power, and can run for 8 hours on a charge, meaning they can still be used when electricity is unreliable.

The Kio Kit comes in a weather-proof case and is designed to be usable for untrained teachers. The entire kit, including the tablets, is turned on and off with one button. BRCK calls the Kio Kit a “classroom in a box” and promises to expose rural children to “the same information and learning tools available to kids in any city.” As of 2018, BRCK had sold more than 200 Kio Kits to communities in fourteen countries. BRCK does not list prices online, but a 2015 article from QuartzAfrica reports that one kit costs $5,000, to be paid over twelve months without interest. While this is a hefty price and is not possible for some communities, BRCK’s commitment to getting students online is admirable, and the Kio Kit is a valuable step toward accessible education.