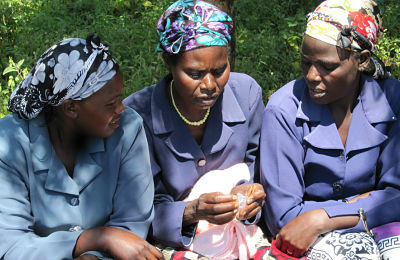 Though menstruation is an unavoidable part of most young women’s lives, for poor girls in Kenya it is life-halting. More than a decade ago, Kenya repealed value-added taxes on female hygiene products, becoming one of the first countries to do so. So why is Kenya handing out free sanitary napkins?

In a country where nearly half the population lives on less than $2 a day, sanitary napkins still remain unaffordable for about 65% of women. Children’s rights groups say many girls in Kenya skip at least four days a month because they cannot afford sanitary pads and want to avoid embarrassment. Consequently, this often leads to them dropping out of school. According to the UN’s education agency, one in 10 girls in Sub–Saharan Africa miss school during their periods. They then miss about 20% of their education.

In June, President Uhuru Kenyatta signed an amendment to the Education Act into law. It now states that “free, sufficient and quality sanitary towels” must be provided to every girl registered at school along with safe methods of disposal. According to UNESCO, more than 2 million Kenyan girls need support to access female hygiene products. The Kenyan Government showed its continued commitment to female health when it announced plans to create a national menstrual hygiene policy in collaboration with WASH United. WASH United is an international NGO dedicated to issues like hygiene, water and sanitation.

The new act legally requires the government to provide free sanitary napkins to every menstruating girl in school. In order to meet this obligation, the government set aside a budget of $5 million for the 2017-2018 financial year.

Despite the government’s commitment, the program hasn’t been nearly as effective as hoped. This is mainly due to the lack of tracking to see if the pads reach the girls in schools. In most schools, the teachers steal the pads. One way to avoid this is keeping them in secure areas; girls would ask an intermediary, usually a man, to get the product.

While Kenya still faces challenges with implementing the program, it is a step in the right direction. Providing free sanitary napkins sets an example for developing countries like India, Nepal, and Afghanistan, where girls face similar issues.

Why Is Cambodia Poor? 10 Facts About Refugees in Montenegro
Scroll to top