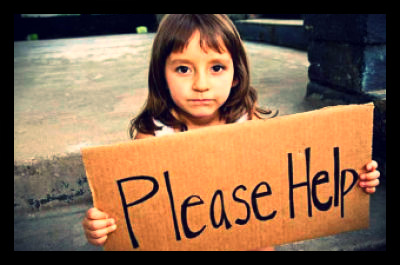 Poverty in Israel? Yes. Israel has one of the world’s more advanced economies. It has a vibrant service industry and the recent discovery of immense natural gas reserves in the eastern Mediterranean, which have been estimated to hold billions of dollars of natural gas make Israel’s economic future look quite bright and prosperous.

Given all of this, one would not expect Israel to have the highest poverty rate among developed countries.

The Israeli National Central Bureau of Statistics published a study in which it noted that Israel’s poverty rate stands at 20.9 percent among countries who are members of the Organization of Economic Cooperation and Development (OECD.) This places Israel as the country with the highest rate of poverty of the member countries. Israel also placed fifth out of all member countries in terms of income inequality.

While many countries have been hit hard by the global financial crisis, according to the OECD’s report, one of the reasons for Israel abnormally high poverty rate is due to the fact that a large majority of those of the working age in Israel do not in fact work.

The number of those in poverty is also expected to rise as Israel plans to cut benefits for child allowances as well. According to the OECD report, 30,000 to 40,000 more children will be placed under the poverty line. This all come on the heels of criticisms of the Benjamin Netanyahu administration due to lavish spending on various items. One particular example given by the Huffington Post is Netanyahu’s spending $127,000 of public funds on a sleeping cabin while visiting London.

The Netanyahu administration has also shot up spending by 80 percent since taking office in 2009, according to the Huffington Post.

The natural gas reserves that have been discovered in the eastern Mediterranean are likely to give Israel a boost in both its overall economic rank and the number of jobs it creates.

According to Forbes, it will likely bring over $60 billion in the next 20 years.

Israel is one of the more wealthy countries in the world, and with its natural gas fields in the works, it stands to fundamentally change the shape of both Middle Eastern economics and politics the world over. However, as Israel moves forward with this significant improvement in its countries, it cannot forget its citizens who are falling under the poverty line.