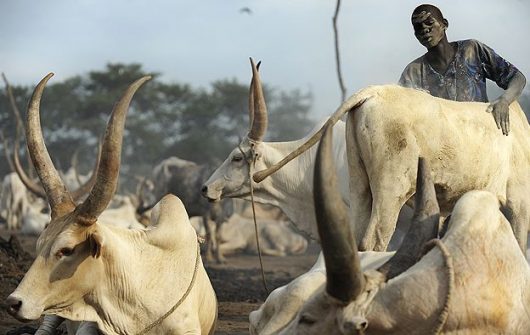 Seventy-four years after its initial founding, the International Rescue Committee (IRC) continues to advocate for refugees and at-risk populations across the globe by combining immediate aid and relocation services with long term educational and developmental support for displaced persons.

One of the IRC’s longest service commitments has been its 20-year history of delivering aid to South Sudan.

South Sudanese citizens voted overwhelmingly for independence from Sudan in July 2011 following the fragile, internationally-brokered 2005 peace deal that ended years of civil war. According to BBC, it was Africa’s longest-running civil war, having started in 1983.

Unfortunately, independence did not bring peace for South Sudan. The country plunged into crisis in December 2013 due to a power struggle between the president, Salva Kiir, and former vice president Riek Machar. By the time a tentative, internationally-mediated peace agreement was signed in August 2015, fighting between government troops and rebel factions had lead to tens of thousands of deaths and prompted more than 2.2 million people to flee their homes.

In a recent article entitled, “South Sudan: Where the Soldiers Are Scarier Than the Crocodiles,” New York Times journalist Nicholas Kristoff points out that South Sudan has received little to no media attention. He says that according to official studies, the death toll and suffering in South Sudan is just as great as in Syria.

Despite the severity of the situation, increasing aid to South Sudan remains a challenge. The United Nations appeal for financial assistance in the country is only three percent funded and many aid groups have withdrawn just as violence and need is escalating.

In an effort to combat inaction, the IRC continues to aid South Sudan’s most at-risk populations and invest in the country’s potential for redevelopment. The organization currently provides urgently needed medical care, water and sanitation services to refugees from regions afflicted by ongoing fighting. In regions where fighting has subsided, the IRC provides returning refugees with counseling, job training and education on their rights as citizens.

To promote education, the IRC constructs classrooms, trains teachers and works with Sudanese educators to improve educational policy and administration.

To an attempt to improve government accountability, the IRC trains community leaders and government officials on the importance of upholding human rights. Through research and advocacy, the committee strives to educate governments and citizens around the globe on the urgency of South Sudan’s state.

While the end of instability and violence in South Sudan seems far away, attention from groups like the IRC and from the international community can help increase aid to South Sudan and inspire effective solutions to suffering.