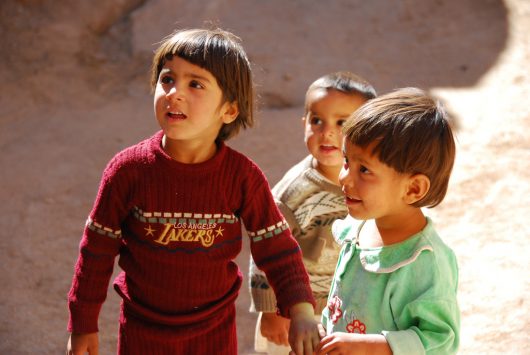 Iran’s government criticized the “western-influenced” U.N. global education plan known as Education 2030, claiming that it contradicts all of Islam’s principles.

“In this country, the basis is Islam and the Koran. This is not a place where the faulty, corrupt and destructive Western lifestyle will be allowed to spread its influence,” supreme leader Ayatollah Ali Khamenei said on his website.

The Education 2030 plan emphasizes five principles that the U.N. perceives as most important, also known as the Five Ps: People, Planet, Prosperity, Peace and Partnership.

Education 2030 is one of 17 global Sustainable Development Goals (SDGs), exemplifying the importance of education for all.

The U.N.’s plan outlines how to take promises made by a nation and turn their words into actions at a regional, national, and global level while providing guidelines on how to do so properly.

This plan has support from the U.N. Development Programme, the U.N. Populations Fund, the U.N. Refugee Agency, UNICEF, U.N. Women and the World Bank.

The heart of the Education 2030 plan lies within the support of the country and governments, promoting the change the plan is hoping to see over the next 15 years.

Khamenei has openly opposed the Education 2030 plan and blames the Supreme Council of the Cultural Revolution for being careless. He claims that “signing that document (Education 2030) and its silent implementation is certainly not allowed, and this have been announced to the organizations in charge.”

He then stressed that Iran is not a place for the infiltration of the flawed, devastating and corrupt Western lifestyle and that an international organization under the influence of large powers has no right to make decisions of other nations of differing histories, cultures and civilizations.

He did not give specific details on the opposition of the plan, however, commentators in Iran believe the promotion of gender equality in education contravened Islam.

At other times, Khamenei has promoted education in Iran and applauded educators for the significance and importance of education, explaining things such as the power of vocational programs for hiring skilled workers who are “national assets.”

Pollution in India: The Switch to Electric Cars5 Quotes From Former Presidents on Foreign Aid
Scroll to top