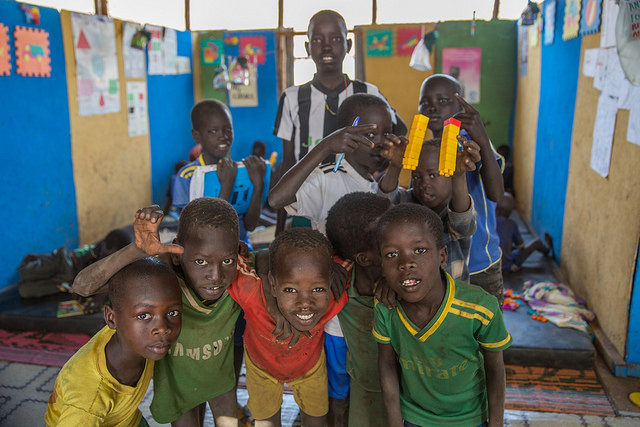 Following decades of non-stop armed conflict, Sudan has a horrible human rights record and ranks as one of the most corrupt countries in the world. Violent clashes and subsequent displacement of citizens have particularly hurt the country’s most vulnerable population: children. Save the Children is the world’s leading independent organization for children and is currently engaged in 120 countries, including Sudan. Save the Children has worked to improve the welfare of Sudanese children since 1983.

Sudan has been plagued by a string of violent conflicts. In 2005, the Second Sudanese Civil War (1983-2005) concluded with the signage of the Comprehensive Peace Agreement. Subsequently, in 2011 residents of South Sudan overwhelmingly voted to secede from Sudan. The secession of South Sudan resulted in a mass migration as citizens of Sudan relocated to South Sudan and vice-versa.

This mass displacement separated tens of thousands of children from their families. To address this crisis, Save the Children has implemented a family tracing and reunification (FTR) program. FTR is the first initiative that Save the Children launches in conflict zones.

Save the Children partnered with UNICEF and community-based networks to introduce FTR following the creation of the Republic of South Sudan in 2011. The program identifies and registers unaccompanied children, then works to reunite them with their families. Unfortunately, the longer a child remains separated from caregivers, the greater the risk that the child will become a victim of violence and exploitation.

Last month, Save the Children and UNICEF aided 399 unaccompanied Sudanese children. Additionally, the partners have just reunited their 5,000th child with his mother. In total, 16,055 separated children have been traced and documented by all the family reunification organizations in Sudan.

Save the Children in Sudan further supports children by supporting community-based child protection networks. The organization leverages existing community structures to identify and respond to child protection issues. Through these networks, Save the Children aims to raise awareness and spread information to prevent child matriculation into armed forces, to reduce the number of children separated from caregivers and to educate the community about existing resources that combat child abuse.

Additionally, the organization has created child-friendly spaces that help children recover from trauma and re-enter their local communities. Save the Children establishes child-friendly spaces in all conflict zones where it operates. The nonprofit coordinates these spaces with existing local services to expand the care options available.

Save the Children combats major social problems through public information campaigns delivered at schools, child-friendly spaces and community centers. In Sudan, the organization disseminates information about two major safety threats: the recruitment of children by armed forces and the continued presence of landmines and unexplained ordinances. Additionally, Save the Children addresses the root cause of child enrollment into armies by working to improve the economic circumstances of vulnerable children.

Save the Children believes that the existing legislative framework for the protection of Sudanese children is inadequate. Physical discipline is still widely accepted in schools and homes. Therefore, Save the Children helps national civil rights groups campaign for new protective policies and expansion of government bodies that combat physical punishment.

Water Quality in Kenya: Working to Expand AccessEducation in Dominica: The Fight for Accessibility
Scroll to top