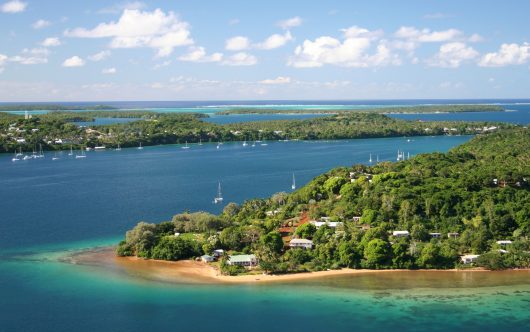 Tonga is an archipelago of more than 170 islands in the South Pacific Ocean. This Polynesian country, formerly known as the Friendly Islands, relies on agriculture, fishing and remittances from Tongans living abroad, many of them in New Zealand. Unemployment is high, while the main source of income is in the developing tourist industry.

The island’s small size and geographical isolation result in limited internal, regional and international transport and communication linkage. With few natural responses and vulnerability to external economic shocks, these areas are crucial to Tonga’s economic development and social well-being. Its roughly 105,000 people face decaying infrastructure in Tonga, which when combined with financial constraints poses a challenge of meeting domestic and international transport safety security requirements.

The Ministry of Infrastructure

Another source of aid to infrastructure in Tonga is the Integrated Urban Development Sector Project, funded by the Asian Development Bank, who stated that rapid population growth has put pressure on the infrastructure in Tonga’s capital, Nuku’alofa. Along with the Australian government aid agency AusAID, this multi-million dollar project focused on six different components of Nuku’alofa’s urban services, including water supply, solid waste services and development of roads and drains. Its goal is also to raise awareness in the community about issues such as household management of solid waste and public health benefits for safe waste disposal. Since 2016, 30 kilometers of expressways, national highways, fully access-controlled roadways and provincial, district and rural road networks have been built or upgraded.

The improvement of infrastructure in Tonga will aid the country a great deal in its economic development. Infrastructure plays such a vital role in every nation and with the projects working hard to sustain Tonga, there is a chance for employment rates and incomes to rise.