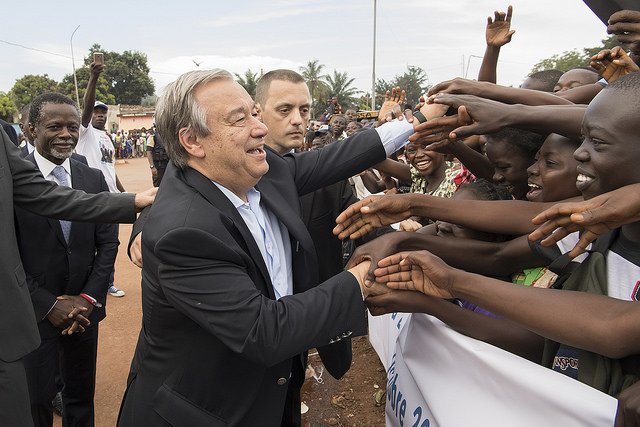 Starting in 1946, the United Nations assigned its first Secretary-General while still in its infancy as an organization. His name was Trygve Lie from Norway, and there have been eight successors since; Antonio Guterres currently serving as U.N. Secretary-General.

The Role of a Secretary-General

The U.N. Charter, the foundational treaty of the U.N., describes the Secretary-General as “chief administrative officer” of the Organization, “who shall act in that capacity and perform ‘such other functions as are entrusted’ to him or her by the Security Council, General Assembly, Economic and Social Council and other United Nations organs.”

Overall, the U.N. Secretary-General is someone who is supposed to symbolize humanitarian ideals of equality and hold an interest for obtaining peace among nations.

On a day-to-day basis, the Secretary-General attends U.N. meetings, consults with world leaders and other state officials and must remain up-to-date on important international and national relations.

In times of crisis, the U.N. Secretary-General should take it upon his/herself to speak in front of the United Nations Security Council (UNSC) and rally support for action. This role requires the utmost responsibility to maintain international peace and security — if there are any conflicts occurring within or between borders that goes against human rights and international security, the Secretary-General must be aware and ready to rally support.

Human dignity was central to Annan’s mission with the U.N. — he sought to advance human dignity in three predominant ways:

In the early 1990s, and prior to Annan’s entrance as a Secretary-General, the Cold War left the international field in a state of tension. In zones of conflict, such as during the Rwandan genocide, U.N. was seen in a negative light. Due to a lack of resources and a clear mandate for peacekeeping units to use force, the Rwandan genocide became known for its mass atrocities.

The Revolutionizing Ability of the Secretary-General

Annan had been Undersecretary-General at the time, and vowed to make positive changes starting in 1997; specifically, he wanted to make human rights a concept known and promoted for every member state. While the idea of protecting human rights was casually thrown around in the mid-late 20th Century, it was never fully given the attention it deserved.

During the World Summit in September 2005, all governments in attendance recognized the R2P and even gave it the nickname of being the “Annan doctrine” due to the intense lobbying the Secretary-General did during his years in office for human rights. The R2P meant that all governments within the U.N. clearly accepted their collective responsibility to protect populations from genocide, war crimes, ethnic cleansing and crimes against humanity.

Never before had a Secretary-General put so much effort into humanitarian causes and the protection of birth right; but during Annan’s 10 years in office, U.N. peacekeeping grew both in terms of scale and efficacy. The governing body also increased the annual budget for U.N. peacekeeping from $1 billion in 1997 to $5 billion in 2006. Annan transformed not only the role of the U.N. and its member states, but positively impacted the lives of thousands (if not millions) of people.