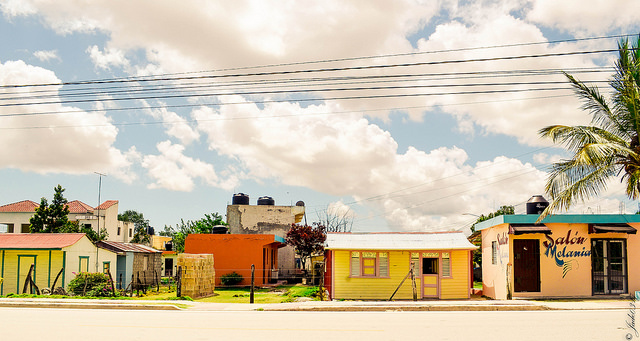 Over the past 25 years, the Dominican Republic (DR) has been one of the most successful countries for economic growth in the Latin America and Caribbean (LAC) region. In 2017 alone, the economy expanded by 5.2 percent. With that, poverty levels decreased from 42.2 percent in 2012 to 30.5 percent in 2016. Regardless of the fact that the DR economy is improving, some of their roads and highways are lagging behind the progress and causing questionable road infrastructure in the Dominican Republic.

With five highways connecting to all major cities of the country, there has been an emphasis on keeping the roads in good condition. These roads stay well-paved and maintained in order to keep driving conditions safer and to promote tourism. The well-paved roads are accessed through tolls. These toll payments range from RD$35 to RD$412, depending on which highway is taken. This amount is equivalent to USD$0.73 and $8.57 respectively.

Once off toll roads, though, road conditions are not maintained to the same standard. The roads may or may not be paved, but both present problems for drivers. On paved roads, poor lane markers, missing manhole covers, potholes or unmarked speed bumps are just some of the issues that drivers may face while they are driving during the day or at night. On unpaved roads, loose gravel and potholes test a car’s ability to stay on the road. It is recommended to drive with four-wheel drive on these roads because of their unpredictable conditions.

There is much room for investment for road infrastructure in the Dominican Republic. The construction of toll roads has improved driving conditions because of the ability to drive on well-kept roads, but there are still concerns about highways and rural roads that are not getting as much attention.

The Dominican Liberation Party has been a major investor in projects that aim to improve road infrastructure in the Dominican Republic. Towns such as Las Terrenas, which are not considered typical tourist towns, have seen some improvements to its roads in order to attract more tourists. The roads have become driveable and allow for easier travel for tourists.

Other improvements come in the form of public transit. Increasing public transportation methods takes more cars off the road and offers a safer way to get to and from destinations. Taxis, buses and metro stations are among the most common and easiest ways to get around the Dominican Republic. Until the poorly maintained rural roads receive better attention from the DR government, using public transit is a potential option for residents and tourists.

As the economy continues to improve, it is hopeful that road infrastructure in the Dominican Republic follows suit.