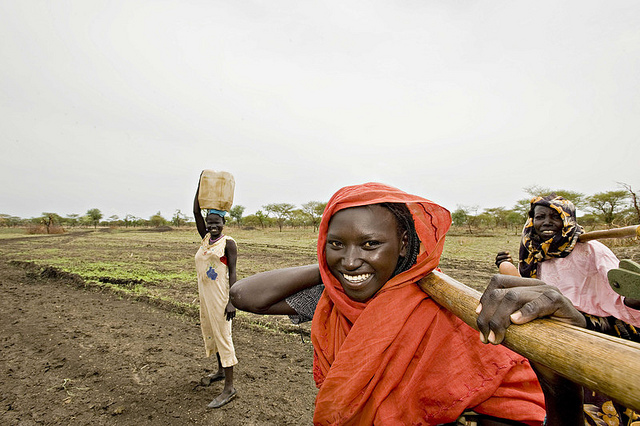 Among all of Africa’s countries, Sudan has one of the most selectively developed and underdeveloped infrastructures in the entire continent. The country’s population is so scattered, with only a few areas of significant economic activity, that developing infrastructure across the whole country has often been considered cost ineffective in the past. The greatest challenges to improving infrastructure in Sudan lie in the transport and water sectors.

Infrastructure in Sudan largely subsists around Khartoum, the country’s main hub, which acts as a direct connection between five major areas—Port Sudan, Egypt and North Africa, the Eritrean border, Kordofan and Ethiopia.  The rest of Sudan consists of disjointed highways, five international airports that are severely limited in their operational capacity due to financial constraints and a power infrastructure that only focuses on major urban areas.

All of these underdeveloped areas leave the outlying regions beyond Khartoum disconnected to the rest of the country and incapable of economic development or expansion. According to the Africa Infrastructure Country Diagnostic (AICD), infrastructure in Sudan will require $4.2 billion each year over the next decade to overcome some of its major failings.

The main goal of developing water infrastructure in Sudan is to increase access to clean water and sanitation systems, as well as decrease the inefficacy of utilities and its subsequent drain on money resources. The challenge here is increasing resources while simultaneously decreasing contaminants, such as defecation in surface water and leakages from septic tanks.

The Dams Implementation Unit (DIU) plans to raise the number of dams in Sudan from six to nine and increase the water supply to populated areas of Sudan through irrigation systems, though it is considered a controversial idea. The Niles Basin Initiative advised the DIU against this plan in 2005, citing evidence from the scientific community that evaporation rates in Sudan are already too high and creating more dams would only increase them.

Transport infrastructure faces the challenge of enhancing road quality and transport efficiency. One topic of debate is how to connect the rural areas to the urban centers of Sudan. Increased investments through PPPs is possible in this sector as well, but still require a legal framework before they are agreed upon.

Sudan has already succeeded in adding roads to connect more urban centers together, as well as decreasing travel costs. It continues to work on developing a solution for efficient transport to rural areas.

Despite the challenges to improving infrastructure in the water and transportation sectors, with the help of private partners, Sudan could continue to address infrastructure inefficiencies throughout the country.