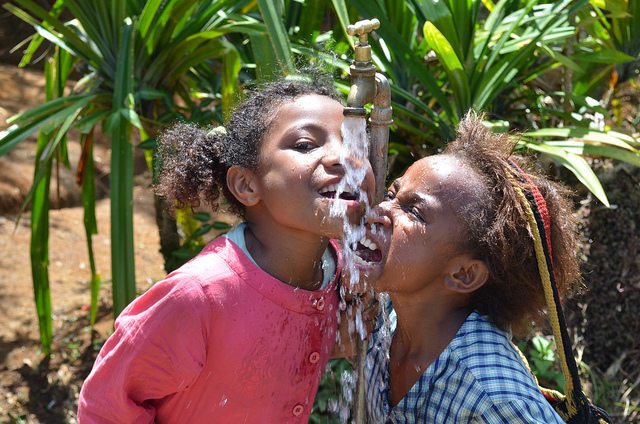 Papua New Guinea is just north of Australia and is home to 8.1 million people. With some 600 islands and a topography that rises from sea level to 4500 meters, improving infrastructure in Papua New Guinea is a significant challenge, especially in rural areas.

Paved roads are unequally distributed across Papua New Guinea (PNG), which creates a disparity in the economic opportunities available to the entire population. Coastal shipping services and aviation are common attempts to overcome these network gaps, but they are not cost-effective.

Rural access to roads is limited, with only 68 percent of the rural population living within two kilometers of an all-season road. There are no main highways between the country’s biggest city, Port Moresby, and the Highland region, which is home to nearly half of the population.

Papua New Guinea also has the lowest national water coverage of the Pacific region. This is a significant challenge for infrastructure in Papua New Guinea, as only the Marshall Islands has a lower percentage of piped coverage.

In November, PNG and the China Railway Group signed agreements for three projects worth around $4 billion, a quarter of the country’s gross domestic product. These agreements will upgrade 1,600 kilometers of highways and set PNG on a good pace toward developing a modern road network.

Also included in the deal is a $32 million project to improve water supply to PNG’s Eastern Highlands Province. Water supply is a major problem of infrastructure in Papua New Guinea, with 60 percent of the population living without a safe water supply. Papua New Guinea has the poorest access to clean water in the world, according to a study released by World Water Day.

Henry Northover, head of policy for WaterAid, said “This is not always an issue of scarcity—by and large we are dealing with a distributional crisis. It is fixable with clear and coherent government policies, and with the focused support of international agencies.”

The Water Supply and Sanitation Development Project is an initiative of the government of Papua New Guinea. It was formally agreed to in a ceremony marking World Water Day 2017, and the $70 million project will deliver access to clean and reliable water supply services for tens of thousands of people living in nine provincial towns and 10 rural districts.

These recent projects bode well for the future growth of infrastructure in Papua New Guinea. Continued focus on these areas can bring access to critical infrastructure to all of the nation’s people.