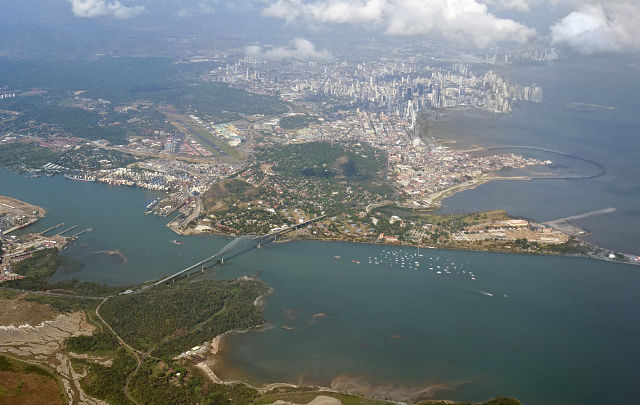 Panama’s roads are in good condition around Panama City and other urban areas, but are in need of improvements in more rural areas. The Pan-American Highway, the world’s “longest motorable road,” runs through the entire country. Panama is continuing to invest in improvements to its roads and other infrastructure through its Government Strategic Plan that is set to be implemented through 2019.

Panama has five international airports. The largest is Tocumen International Airport in Panama City. Tocumen has flights to over 90 cities. Panama has over 100 total airports and its location between North and South America helps it serve as an important hub for connecting flights between the continents.

Construction began on the Panama Canal in 1904 and it officially opened in 1914. The canal belonged to the U.S. until 1999, when ownership was transferred to Panama. It runs 80km along one of the narrowest parts of the country and connects the Atlantic and Pacific Oceans. The Panama Canal is open 24 hours a day, 365 days a year and employs 10,000 people. Panama also has 13 ports, including 5 major ports with container service.

Due to its geography, Panama plays a large role in trade and commerce. This has led to lots of investment being poured into the country’s infrastructure both from the government of Panama as well as from foreign governments and companies. Infrastructure in Panama plays an important role in connecting people throughout the Americas with its system of highways, trains, international airports and waterways.