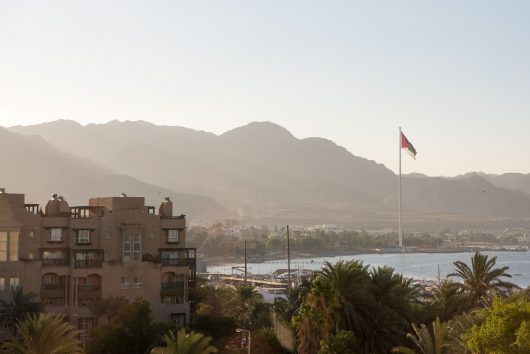 The state of any country’s economic growth and development generally heavily relies on the strength of its infrastructure, whether that is in its energy, telecommunications, water and sanitation, transport or education sector.

In the mid-1950s, investments in infrastructure and heavy industry were accompanied by an agricultural revolution in a fertile Pakistan that even a richer India could not surpass. Despite being a nascent state, Pakistan successfully created its state institutions and industries from scratch. This was done against the specter of a well-off India with a greater share of urban population and established infrastructure. For a variety of social reasons combined with political turmoil, the economic tides soon took a turn for the worse as income contracted, inequality rose and inflation swallowed the most vulnerable – the poor – in Pakistan.

Today, Pakistan is a low-middle-income country with about 188 million people that not only places abysmally in the human development index (ranking 147th out of 188 in one U.N. report) but also faces both rural and urban disparities in poverty, income and development infrastructure.

Moreover, the government of Pakistan has faced international criticism for a surplus of development projects when existing infrastructure in Pakistan is fully capable of meeting the transportation demands of the country, leading to the envisioning or establishment of so-called white elephant projects costing billions of dollars that have been accused of largely benefiting the rich minority able to afford cars. One of these was the toll-spotted M2 Motorway connecting the capital city of Islamabad to Lahore, dubbed a “motorway for the privileged.”

By 2030, more than half of Pakistan’s projected 250 million citizens are expected to live in cities, making it crucial for the country’s economic and infrastructure growth to keep pace with its urban development. The pressure for urbanization, spawned largely by high birth rates and increasing rural migration, has caused Pakistan’s fast-growing cities to struggle in delivering basic public services and provide jobs for residents. The situation is so dire that, according to the World Bank, one in eight urban dwellers live below the national poverty line. When impoverished people from the country’s rural areas migrated to cities in hopes of a better life or were forced out due to climate change, this is not something they imagined facing.

The $56 billion China-Pakistan Economic Corridor (CPEC) project has spurred Chinese investments in Pakistan’s energy and transport infrastructure. Observers in Pakistan have urged the government to observe caution and not saddle itself with debt that may trigger a financial crisis in the future. An infrastructure boom accompanied by lucrative megaprojects increase both public and foreign debt and may not necessarily be offset by the anticipated revenues of CPEC upon completion.

The CPEC partnership is not only paving the way for Pakistan to establish itself as Beijing’s closest strategic partner against India but also to link China directly to the Arabian Sea in order to protect China’s economic interests.

Pakistan’s own economic development, however, is still predicted to be just as fragile due to increasing debt, falling exports and dwindling remittance flow from overseas Pakistanis. Due to stagnant growth at home, which translates to not enough jobs for young Pakistanis, an entire generation faces an uncertain and perhaps unstable future, despite the entrepreneurial spirit pervading big cities like Lahore and Karachi and even some expanding provincial towns.

The government of Pakistan has gradually stressed the importance of public-private partnerships (PPP) over purely debt-based financial projects in order to fill the investment gap for infrastructure development. PPP arrangements have the added benefit of spurring the country’s economic growth by producing more jobs and minimizing the burden of government subsidies. To make life better for Pakistani citizens, the private sector in Pakistan will need further empowerment and involvement in sustaining the country’s infrastructure and helping Pakistanis take control over their country’s internal development.

Integrated water resource management, a transition from the present fossil fuel-based energy system to more cleaner and permanent options such as solar-hydrogen energy systems, the provision of quality education to all children of any gender within the framework of a nuanced policy in the education sector, and improving utilization of basic public healthcare facilities for both rural and urban populations (including immunizations) are all ways Pakistan can resurrect the gains it steadily made after its creation 70 years ago.

With the pressures of a rising population, stability and sustainability in Pakistan remain an integral part of the country’s overall development. Pakistanis have withstood the many tests, trials and crises in their country with resilience and hope. Solving the many problems in Pakistan and rebuilding the country’s infrastructure requires a robust marriage of democratically-aligned civil society organizations with the private sector in ensuring equitable access to markets and jobs for all Pakistanis.