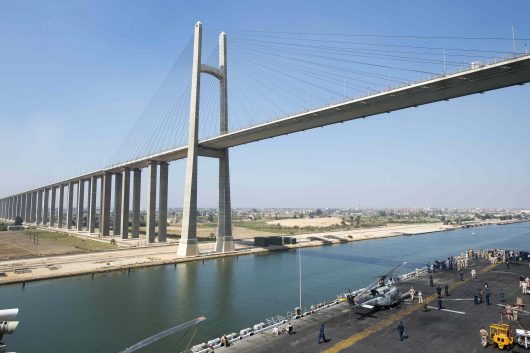 One of the main ongoing projects in regard to infrastructure in Egypt is the building of a three-line metro system. The system’s goal is to encourage more tourists to visit the region, according to Hesham Arafat, the country’s Minister of Transport.

“These three lines are proposed for promoting tourist activity that is expected to reach more than 30 million tourists per year by 2025,” Minister Arafat said.

Speaking at Middle East Rail conference earlier at the top of this year, Minister Arafat declared that the country intends to invest in 14.4 billion euros for the brand new metro system. The ministry is also searching for an ally to control an 8,725-square-meter shopping mall that links a railway station at Alexandria port.

Costing a total of 13 billion euros, the three express rail lines will travel from Luxor to Hurghada, Alexandria to Cairo, and Luxor to Cairo.

Taking approximately five years to develop a 700-kilometers line, the Cairo to Luxor line was mentioned to be one of the most significant of the three lines and is priced at 6 billion euros.

During the conference, Minister Arafat disclosed research that proved how investors would take home an internal rate of return of about 9 percent on the development as the metro system is anticipated to transport over 3 million passengers each year.

The Alexandria to Cairo line is predicted to cost 3 billion euros and will be 210 kilometers long. Over it’s lifetime, the line is projected to extend returns of 11 percent with the development is predicted to take three years from start to be finish.

Taking four years to develop, the Luxor to Hurghada line totals at 4 billion euros and will be 300 kilometers long. According to Minister Arafat, the line will transport an approximated 1.5 million passengers and render returns of 10 percent.

The minister made a point to note that Egypt is a “pro-business” nation that hosts a strongly funded government, and a refreshed investment law that permits total foreign possession of companies and security from seizing of earnings or mandatory pricing. With advantageous characteristics such as these, the hope for the continued improvement of infrastructure in Egypt is extremely promising.