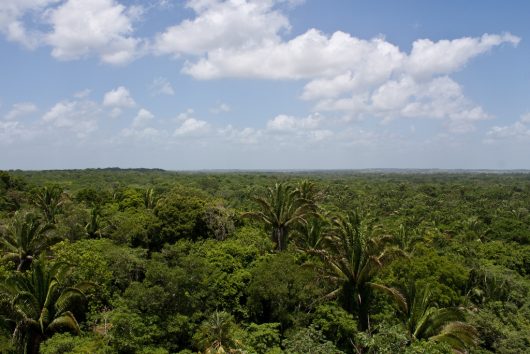 Belize is a Central American nation home to about 360,000 people. Over the years, more and more people have sought to the nation for vacation and leisure, a trend that’s caused the tourist industry to spike since 2015.

In 1988, renovation began on the Southern Highway, which runs from Dangria to Punta Gorda, and cost $14.7 million. Although this highway is in better shape opposed to other infrastructure, the rest of the nation still seeks assistance.

Of the 1,594 roads in Belize, only 303 are paved, a fact that indicates how infrastructure in Belize could receive some attention. Other highways not apart of the Southern Highway are in dire need; with vulnerability to damage or closure during rainy seasons, the country has not been fully prepared to support the substantial incline of tourist or travel that’s occurred since the late 1990s. Thankfully, though, the early 2000s look much more optimistic.

USAID assisted with funding for improvement to access rural roads despite closing their physical office in Belize after 13 years in 1996. Through assistance like this, Belize has become more accessible to not only locals, but visitors as well. In March 2007, research showed more roads became paved, “and even the gravel or limestone byways seem[ed] to be scraped more frequently.”

Flash forward to 2013 when The Belize Road Safety Demonstration Corridor Project was launched — not only did the project cover resealing until June 2015, but it also saw the installation of safety barriers, pedestrian crossing and road markings.

There are 10 ports of entry to Belize, including the airport that houses three international carriers: United, American and Avianca. With the steady increase of tourists being easily able to visit Belize over the years, one can physically see how infrastructure in Belize is on the rise.

Internet access is also available but very expensive for locals to acquire. Satellite internet costs $120 a month but grants unlimited internet use. DSL is also offered, but the price is excessive:  “The maximum speed available is 1 Megabytes up by 16 Megabytes down and this costs a whopping $350 a month.” In terms of broadcasting, Belize has over 10 radio stations in the nation, with 5 operating in all districts. Television is quite popular in Belize as well, with standard programming stemming from North America (CNN, Fox, ABC, NBC and CBS).

Although infrastructure in Belize is not at its peak, it’s indisputable that progress has been made overall. Over time, the island will continue to get closer to being a modernized structure as a whole, but until then, every inch of progress is a mile of development.