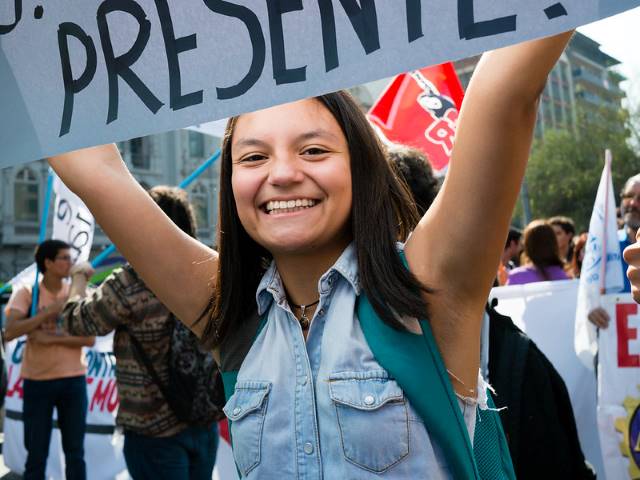 Chile is one of the fastest-growing and most prosperous countries in South America. Chile successfully reduced its poverty rate from 7.4% of people living on less than $3.20 a day in 2006 to 1.8% in 2017. Some of Chile’s development growth comes from its free-market economy, which has also been a source of protests due to the inequality that has followed. Chile’s economic growth and poverty reduction made it an “economic miracle.” However, the success of economic growth covered up the growing inequalities in Chile. The Borgen Project spoke with Dr. Paul Kubik from DePaul University in Chicago for insight on the growing threat of inequality in Chile.

The Chilean transition to a free-market economy raised the quality of life for many of its citizens and increased foreign investment into the nation’s businesses but made life harder for Chileans living under the poverty line. Tackling poverty and inequality in a country usually occurs in tandem but the Chilean government has historically focused on reducing poverty while overlooking the inequality issues that come soon after.

In 2019, the Chilean government raised subway fare prices that sparked protests. Why would protests occur due to a small change in subway fare when Chile has a high GDP of $282.3 million? Dr. Kubik states that a high GDP is not the sole indicator of economic development. Long-running inequality in Chile has influenced the rise in protests. Dr. Kubik states further that “It is important to recognize as well that protests over inequality are about more than the economics of the day. Inequality has social dimensions as well, that when considered, help to explain events.”

Besides income inequality, Chile is experiencing gender and quality of life discrepancies based on the types of jobs available to different genders working in the lower class. It is no secret that quality of life diminishes with poverty but women in Chile are experiencing gender-based violence with severe income disparities as they hold one of the lowest unemployment rates in South America.

Legislation exists that prohibits sexual harassment in the workplace but there are no criminal implications for perpetrators and no remedies for victims. Furthermore, the legal system does not require equal pay for equal work. It also does not forbid gender discrimination in credit access. Another challenge Chilean women fact is that the default marital property regime automatically makes the husband the head of the house, giving him control of the marital property.

It is possible to have rising rates of inequality in Chile with decreasing poverty rates because experts measure these two rates differently. They measure inequality by the extent to which an economy deviates from an equal distribution of resources, and they look at a variety of marginalized social groups.

Combating Inequality in Santiago and Beyond

Inequality in Chile has reached such an extent that the city of Santiago possesses “high and low class” parks. Public spaces that people can only access due to their income is directly discriminatory against impoverished Chileans.

“Santiago-style inequality” makes poverty harder to track in official statistics. Families that are living above the poverty line are doing so with access to informal credit, which only pushes them further into poverty since they pay 20% more for basic goods. One can blatantly see inequality in the fact that Santiago’s pharmacy chains do not want to operate in impoverished areas of the city. A communist local politician resorted to setting up a “state-run people’s pharmacy” to fill the void.

Some saw the expansion of education as the key to increasing economic growth and opportunity in Chile. As a result, Santiago has multiple universities. However, the existence of stable educational institutions does not mean they are accessible, making it hard to produce the wanted economic expansion. The Chilean government commits just 0.5% of GDP to higher education. Furthermore, “the average university course costs 41% of the average income.” Some university graduates regret the pursuit of tertiary education stating that it did nothing for their job prospects and only increased their debt.

To address this educational barrier, Chile has made some colleges tuition-free for households with the lowest 60% of income. This addresses the issue of high tuition costs that prevent students from enrolling but the secondary costs of education, such as textbooks, transportation and food, do not receive coverage. This still presents a barrier to inclusion and can make completion difficult for many students.

An Inclusive Approach to Development

Dr. Kubik states that development is a complex process. It requires a “coordinated approach that involves political, social and economic dimensions to be successful in the long run.” By focusing less on inequality and more on raising Chile’s GDP, the Chilean government risks different policy conclusions, which can result in clashes between the government and its citizens.

Social and political dimensions include steps the government took to remove all barriers to the completion of education, enforcing inclusionary governmental policies, and in Chile’s case, allowing lower class citizens the same privileges as upper-class citizens. Progress in gender inclusion, education improvements, social acceptance and more, can reduce inequality in Chile.