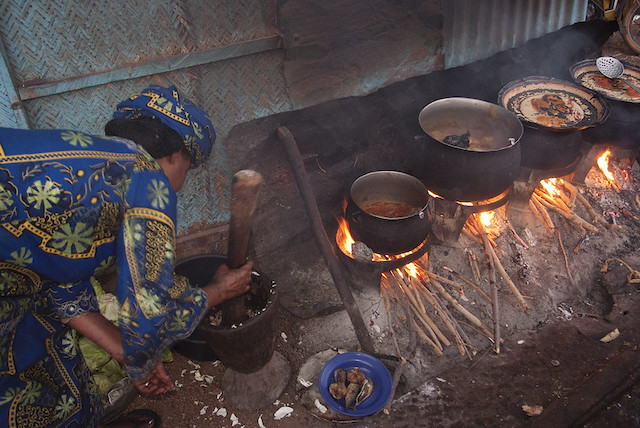 Cambodia has seen a rapid decrease in poverty within the last decade. More than 45 percent of the population was impoverished in 2007 when compared to 13.5 percent in 2014. It has also sustained one of the fastest economic growth rates in the world at an average of 8 percent between 1998 and 2018. However, just because the majority of the country has achieved middle-income status does not mean that the country is without its issues. Indoor air pollution in Cambodia is a growing problem.

Many of those who have only recently overcome poverty have just barely done so. A large part of Cambodia’s population still lives on a very small amount of money per day and is at risk of slipping back into poverty. This risk is much higher in rural provinces. Eighty percent of Cambodia’s population lives in rural areas that had a poverty level of 20.8 percent in 2012. That is three times higher than the poverty rate in urban areas.

Rural Cambodians are subject as such to the hardships that many of the world’s rural poor must face. These include dilapidated electrical and internet infrastructure as well as limited access to healthcare and sanitation resources. Indoor air pollution in Cambodia is one such aspect of health that affects the rural poor disproportionately.

The typical symptoms of being regularly exposed to indoor air pollution include nasal congestion, nose bleeds, difficulty breathing, a sore throat and asthma. These symptoms seem similar to a common cold, but long-term effects can include more serious respiratory diseases like respiratory disease and cancer.

According to the World Health Organization (WHO), air pollution is the greatest environmental health risk in the Western Pacific Region. In 2012, air pollution caused at least 3.2 million deaths. Indoor air pollution accounted for about 1.62 million of these deaths. Indoor air pollution is usually caused by smoking tobacco inside and by cooking with wood, coal or dung without proper indoor ventilation. Many people who are poor in rural areas with limited access to gas or electricity use these methods to cook. In rural Cambodia, the prevalence of these cooking methods reached 95 percent of households by 2013.

The main solution to reducing indoor air pollution is to introduce efficient stoves that use clean fuel. One source of clean stove fuel would simply be electricity. However, that is an issue for rural Cambodians since the electrical infrastructure is sparse in rural areas. A better, more applicable solution would be to introduce biogas stoves with proper ventilation.

One million Cambodian households have the proper livestock to supply themselves with biogas fuel. The fuel would need to be extracted by using a biodigester that anaerobically takes methane from natural resources such as dung stored underground and siphons it to the stove. The methane would, of course, need proper ventilation to ensure the air in the household did not become poisonous just like a natural gas stove. Cambodia’s Natural Biodigester Programme (NBP) is working to distribute biodigesters to its rural population in hopes of combatting indoor air pollution. As of 2016, the state-led program has installed about 23,000 biodigesters.

Using solid biomass for cooking causes much of indoor air pollution. Another alternative to solid biomass would be to use cleaner biomass stovetops that produce negligible emissions indoors. African Clean Energy (ACE) has launched the ACE 1 stove. This stove uses biomass as fuel but burns nearly all particles inside the chamber to leave barely any emissions. In addition, the stove comes with solar panels that provide LED lighting and outlet ports for mobile phones.

ACE has launched a program in northern Cambodia, the poorest Cambodian region, to try and implement the product. The ACE 1 is auctioned from a local vendor where the buyer pays a $25 downpayment. Afterward, the buyer continues to pay off the stove in small monthly increments of about $7.

Indoor air pollution in Cambodia is still rampant in rural parts despite the overall increase in income. The solutions are there, but in order to ensure economic growth that benefits everybody, Cambodia needs to focus on the implementation of these solutions in an ethical and sustainable way. This would lessen the health risks that the Cambodian poor face from simply living in their houses. It will also help facilitate more stable, lasting economic growth and development for the poor of the countryside.