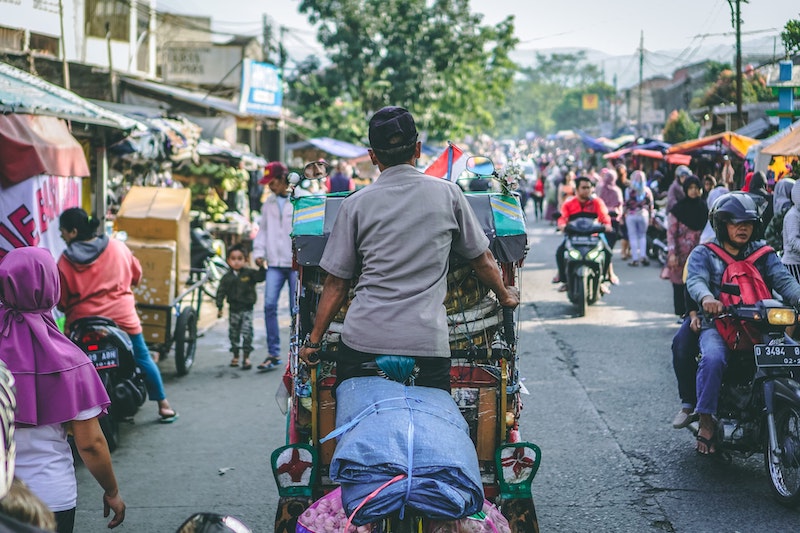 Indonesia’s economy was a part of the “fragile five” emerging economies according to U.S. investment bank Morgan Stanley in 2013. Experts considered it to be the most vulnerable to any jumps in U.S. interest rates. However, Indonesia has remained surprisingly stable a decade later as U.S. interest rates have risen rapidly and a global energy, food and climate crisis are happening. With a booming economy and a stable political arena, Indonesia’s currency is currently performing the best in Asia. In addition, the country’s stock market is hitting record highs. As other countries in the region struggle to keep afloat, Indonesia prospers due to unique circumstances.

The southeast Asian country, with a population of around 276 million, is extremely resource-rich. It has undergone impressive economic growth ever since the 1990s Asian financial crisis. According to the World Bank, Indonesia is not just the largest economy in the South-East Asian region but is also the 10th largest economy globally in terms of purchasing power parity. Since 1999, Indonesia has cut poverty rates by more than half to about 10% prior to COVID-19.

The COVID-19 pandemic caused a slight halt in the progress of Indonesia’s economy. For example, poverty rates rose from 9.2% in September 2019 to 9.7% in September 2021. Estimates indicated that the GDP growth of the country was 5.1% in 2022 as Indonesia recovers from COVID-19’s impact. One of the most significant impacts the pandemic had was on children’s learning capabilities. The pandemic resulted in the closing down of schools and could result in the stunting rate of the country increasing.

However, as of September 2022, Indonesia sees unprecedented growth and stability. The country has one of the lowest inflation rates in the world at 4.7% in August 2022, and the country’s GDP has expanded to 5.4%, much more than the amount that was estimated. With exports also increasing to 30.2%, the highest they have been on record, Indonesia’s economy stands in stark contrast to other countries in the region that have struggled with COVID-19’s impact.

One can credit the success of Indonesia’s economy to multiple factors:

Concerns for the Future

While Indonesia’s economy has remained stable, there are some concerns for the coming years. While the economy’s stability is not causing concern, the political factors are. Widodo’s lack of a clear candidate combined with the recent drop in his popularity due to cuts in fuel subsidies has raised concerns. Moreover, the country’s main commodity exports like coal are still a huge driving force behind the economy. Additionally, future commodity prices should drop. Many also predict an increase in inflation by October.

Despite such concerns, Indonesia has shown to be invulnerable to shocks like the COVID-19 pandemic and continues to outperform other countries in the region.

5 Artists Who Use Their Platform To Speak Out Against PovertyReduce Poverty With Microfinance: UNRWA Helps Palestinian Refugees
Scroll to top