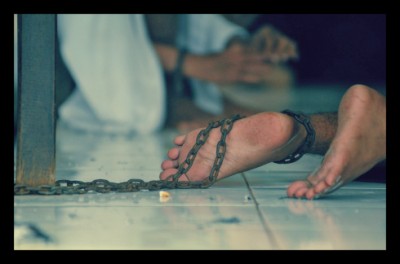 For many Indonesians, having a mental health condition can be like a prison sentence — literally. “Pasung,” or shackling, is still a common practice in many areas of the country, particularly in rural areas with little capacity for medical treatment. Those who are seen as suffering from mental illness are sometimes bound and held captive behind their home, or inside a small room. Those who engage in “pasung” believe that they need to restrict the mentally ill from attacking or hurting themselves or others. However, shackling has been banned as a solution for mental illness in Indonesia since 1977.

As a member of a Parliamentary Health Commission, Nova Rianti Yusuf claims that “pasung” persists because people “cannot afford mental health care and [try] to escape the stigma associated with mental illness.” Unfortunately for many of those individuals who are shackled, there was often no official diagnosis before they were victimized.

Indonesia is working to centralize its mental health system in order to better serve its large population, which is the fourth largest out of all the countries in the world. A psychiatrist known simply as Asmarahadi, who works at a state mental hospital in Jakarta, claims that conditions have drastically improved over the past decade. The old problems, like a lack of infrastructure and medication, have faded away. New problems remain, but they seem less impossible to solve: Asmarahadi explains that nowadays, “treatment failure is usually caused by a lack of patients’ compliance and family support.” And as far as “pasung” goes, the director of mental health at the Health Ministry, Diah Setia Utami, lists ending the practice as one of her priorities for 2013.