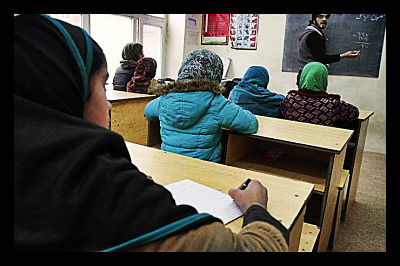 Recently, there have been divided fuss over the withdrawal of American troops from Afghanistan. Most presume that this decision is beneficial allowing the Afghan people to become more self-sufficient and in control of their livelihoods and decisions. After all, their soldiers have been trained by American soldiers. Others are fearing foreign aid loss altogether. Foreign aid workers need protection abroad. With the withdrawal of foreign troops, many fear violent breakouts.

Since the 2001 invasion, the international community has contributed financially to Afghanistan in a drastic manner leading to many improvements and proving to be an obstacle in the face of the Taliban and some Al-Qaeda. One example of this is how a program funded by the European Union has allowed Afghan street children to receive a proper education. Although the U.S. Agency for International Development has built close to 700 schools and provided excellent health care facilities leading to a reduction in child mortality, the money is now at stake. The Afghan government is said to be unready to fill the gap after their four years grant expires next month.

Additionally, the U.S. has now shifted its aid focus from funding projects that yield fast and direct progress such as building schools and clinics to a more sustainable approach allowing the Afghan government to develop and maintain programs themselves. There are still many complications and controversies regarding the channeling of the money through the Afghan government which some fear may be susceptible to corruption. The fear is that this would lead to the wasting of money rather than it being put to good use and producing sustainable and valuable progress. Thus, the shift in U.S. focus may certainly lead to more efficiency in terms of development and how the money is being put to use as opposed to its past “uncoordinated spending” according to Afghan officials.