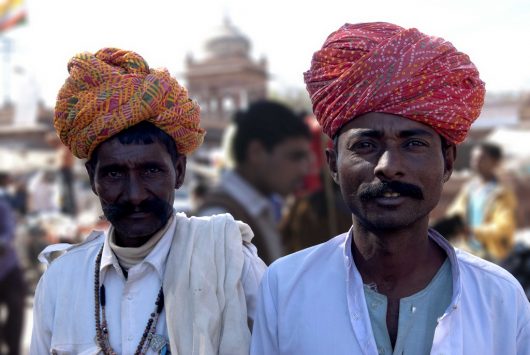 Medical researchers hailing from Punjabi, and fellow contributors M. Teotia and Rinku Sharma, have closely examined the effects of pollution on children in India.

In a 1998 document, Teotia relays that Indian children bearing low calcium levels are the most susceptible to bodily distortions after drinking polluted water. One of the noted disfigurations included clubfoot, an occurrence that totals 500,000 cases per native children on an annual basis.

Follow-up reports by Sharma’s team found that infants suffering from air pollutants can develop heart defects and Down Syndrome. It is further described that the recent influx of unplanned pregnancies and poor nutritional status oftentimes worsen the defects.

In the late 2000s, health investigators learned of compound Uranium’s effects. This element not only held notoriety as the power wheel for India’s money making markets, but it also was accountable for mobile and mental disability in natives.

Experts dug deeper and soon found that the early 1960’s Euro-run firm Uranium Corporation of India Limited (UCIL) played a large role in the pollutant crisis, especially given that records showed the company designating small units to nearby villages of indigenous people, thereby exposing them to radiation.

These findings have since met debatable terms. One side defends that uranium power has been essential in saving noted regions from debt, while the other dissents that no native benefits financially other than accumulating “cancer[ous] diseases.”

In 2009, threats were made against international researchers that if they did not keep quiet about their findings, the medical professionals would be stripped of their legal visitation and have their operated clinics within the country closed.

In one scenario, friction was ignited when The Guardian was notified by a classified health operative that his Indian-based resource center was aborted and redirected to Germany after it was found that his reports contained “unflattering” text about massive mining firms. When The Guardian attempted to get a word from Indian industrial powers, officials declined to comment.

With little to no assistance from the Indian health service in terms of a complete outlook on the situation, several locals have taken matters into their own hands.

Under the guidance of a 2010 “Indian Express” write-up, handicapped children are encouraged to eat vitamin B9-enriched foods to reduce and reverse certain deformity effects. Meals containing flour or leafy greens have also been considered.

The report informs natives that an Indian health service like CURE International could limit high chances of accumulating bodily deformities. Moderating long-held customs like incestuous marriage and outdoor defecation should also be evaluated, for these practices can create the development of further defects.

Other solutions vary. Experts have noted many Indian natives oftentimes succumb to the lack an Indian health service to treat a deformity when medical insurance is not cost-effective, and as a result, many of them have no choice but to turn to a personal homemade solution.

Many have yet to answer why there are such restrictions on thorough research regarding the dangers of uranium production. However, the bigger question remains: how much longer until change ends such continually distressing events?