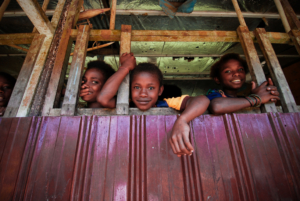 Across the globe, access to adequate healthcare appears to be of paramount concern for both governmental and non-governmental organizations. Not only does providing health services to underserved and under-represented populations increase general wellbeing and happiness, it has also proven to be beneficial for the economy, per the U.S. Chamber of Commerce.

In February, the southeast Asian nation of Papua New Guinea declared 2019 as “The Year of Immunization,” in an effort to stave off preventable diseases and promote healthier lifestyles. This push to increase vaccination rates in Papua New Guinea was further intensified following several polio outbreaks across the country in Summer and late 2018 as well as in early 2019, and outbreaks of measles in 2014 and 2015 with 2,000 total confirmed cases and over 350 deaths. This recent resurgence in the near-eradicated virus can be attributed to sub-optimal living conditions and lack of wide-spread, generalized immunization.

Furthermore, the efforts to increase vaccination rates in Papua New Guinea would hopefully spur the economy, lifting more citizens out of poverty (as of 2002, 37 percent of New Guinea’s population lived below the global poverty line – approximately 2.5 million people), though this economic boost would act primarily as an added bonus to preventing polio, rubella and measles.

Widescale immunization quickly became a top priority for the government and National Department of Health of Papua New Guinea. While initially a daunting task, the southeast Asian nation partnered with the World Health Organization (WHO), UNICEF and other non-profit organizations, such as the Bill & Melinda Gates Foundation, in order to better coordinate these immunization campaigns.

According to UNICEF, one of the polio campaigns sought to immunize over three million children up to the age of 15-years-old. As of late July 2019, these campaigns have been deemed as successful by the government, significantly increasing vaccination rates in Papua New Guinea. Since February, Papua New Guinea’s National Department of Health, along with the WHO, and UNICEF have led eight successful immunization campaigns, vaccinating approximately 1.28 million children under the age of five for polio, in addition to just over one million children of the same age for rubella and measles.

The success of these campaigns can be traced to swift action and cooperation between the primarily players. The WHO estimates that over 12,000 workers (from vaccination specialists, mobilizers and surveillance officers) helped to orchestrate these movements across the country – movements, which according to The Papua New Guinea National Department of Health, have had a 95 percent success rate.

While these increased vaccination rates in Papua New Guinea are positive signs for the future of the country’s health promotion and disease prevention, it is important to note that Papua New Guinea was declared as polio free in 2000 and went 18 years without a confirmed case of polio. It is essential that Papua New Guinea continue these immunization campaigns in order to guarantee healthier lifestyles for the rest of 2019 and into the future.