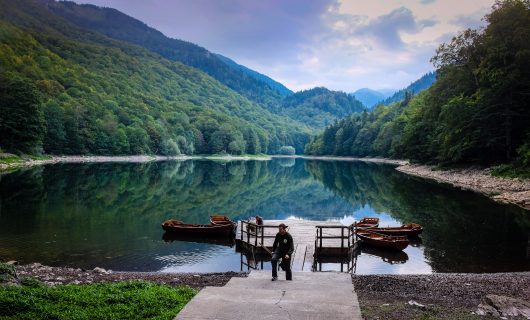 Papua New Guinea, the name given to a group of islands situated in the southwest Pacific ocean, has experienced tremendous economic growth since its days of being an Australian colony, and has gone on to hold elections involving the indigenous population. Despite this, however, many people on the island still experience extremes of poverty. 80 percent of Papua New Guinea’s people live in rural communities with little to no modern conveniences, and 39.9 percent of the population lives below the poverty line. So, why is Papua New Guinea poor, despite economic growth? Here’s a brief look at some of the reasons behind this.

Income inequality
In 1996, the Gini index rated Papua New Guinea’s income inequality as 55.43 on its scale from 0-1, with 0 being perfectly equal (for comparison, the U.S. was rated around 45 on the scale in 2007). The evidence would seem to suggest that this inequality is due to the failure of economic growth to keep up with population growth, but could also have been caused by structural adjustment policies that came about along with rapid economic growth. Whatever the reason, it is clear that income equality has led to much greater poverty within Papua New Guinea. The good news is that this inequality has gone down significantly since the 1990s: In 2009, Papua New Guinea scored a 43.88 on the Gini scale.

Lack of long-term planning
Many citizens are critical of the fact that the government of Papua New Guinea has had little to no plan in place to modernize the country, which would include steps like building permanent houses, supplying water and sanitation and building infrastructure. The government, instead, acts reactively, creating short-term solutions only when it is absolutely necessary. For example, in 2002, Papua New Guinea faced an incredibly violent and chaotic election, but it was not until 2004 that police were deployed to fight this rampant violence. This lack of planning makes it difficult for real progress to be made in terms of poverty.

Corruption
Why is Papua New Guinea poor? Perhaps the biggest contributor to Papua New Guinea’s continuing poverty problem is the fact that so many government officials, in charge of funds that could help, have historically chosen to pocket the money instead. Michael Somare, prime minister of Papua New Guinea from 1975 to 2011, faced charges of political misconduct and misappropriation of funds spanning over 20 years, while in 2014, Paul Tiensten, former senior minister and later MP, was sentenced to nine years imprisonment for misappropriating over $1 million. Somare’s replacement as prime minister, Peter O’Neill, has also been accused of political misconduct involving a loan of $1.3 billion.

So, why is Papua New Guinea poor? In short, because of income inequality, aggravated by years of poor planning and corruption by the government. To correct this problem, new measures will need to be taken to outline and enforce government oversight and the proper use of government funds. Thankfully, awareness has risen about these issues over the past few years. During the last election, many people in Papua New Guinea protested and called for Peter O’Neill to resign after more corruption allegations were brought to light. And while O’Neill still won re-election, the fact that these protests exist shows that the citizens of Papua New Guinea are beginning to demand more from their politicians, hopefully a first step in strengthening the government and using it to enact real change.