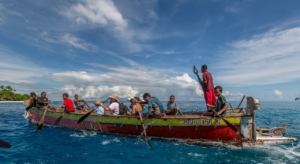 Papua New Guinea (PNG) is a country known for its natural beauty, from Mount Wilhelm, the highest mountain in the country, to the cuscus, a marsupial that roams its rainforests. When it comes to its people, the government has made strides to improve life expectancy with life expectancy at birth totaling 64 years as of 2017 compared to only 39 years in 1960. Still, life expectancy in Papua New Guinea falls far below the global average of 72 years.

Here is a look at the factors that influence life expectancy in the country as well as efforts to further improve longevity in PNG.

The World Health Organization (WHO) launched the Country Cooperation Strategy (CCS) in 2016 to improve health facilities and access to health care in a country that is mainly rural. The CCS aims to tackle many issues that are standing in the way of attaining sustainable health outcomes for PNG citizens: