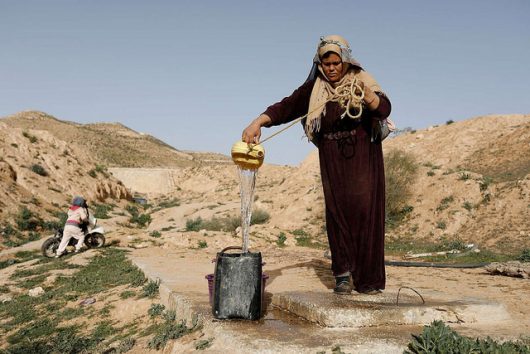 While Tunisia has the most progressive laws on women’s rights in relation to other parts of the Arab world, patriarchal values still persist. In 2010, a study from the Tunisian government revealed that many of the country’s women are sexually, verbally and physically abused. However, improving women’s rights in Tunisia has become an initiative for many organizations.

The U.N.’s Work to Represent Women in Politics

In June 2016, Tunisia’s parliament approved an amendment to ensure a greater representation of women in local politics. Applying to regional and municipal elections, the amendment included a proposal for “horizontal and vertical” gender parity in Article 49 of Tunisia’s electoral law. This also marked the first time that 73 Tunisian female parliamentarians (from different backgrounds, parties and political ideologies) conducted their own lobbying in favor of the horizontal and vertical parity.

“Besides being a first in our region, the adoption of horizontal and vertical parity in electoral law is a timely achievement because it will guarantee effective participation of women in the upcoming decentralization process in Tunisia,” said Leila Rhiwi, the U.N. Women Representative from Maghreb. In March 2016, U.N. Women also began a project with Tunisia’s parliamentarians that would support the implementation of the women’s caucus. This will work toward improving women’s rights in Tunisia by increasing their representation in local and national politics.

“I have visited parliament before, but when you’re an assembly member, it’s something else. You are part of this world,” said Aswat Nissa graduate Karima Tagaz.

In October 2016, Tunisia’s parliament debated a bill to strengthen legislation on violence against women. The bill would be incorporated into Tunisia’s legislative and government policies, defining gender-based violence, outlawing marital rape and increasing penalties for sexual harassment in the workplace. The bill was approved on July 26, 2017, and served as a landmark step toward improving women’s rights in Tunisia.

“By enacting this new law, the Tunisian authorities have shown a commitment to the rights of women and are setting a standard that many others would do well to follow,” said Amna Guellali, Tunisia’s office director at Human Rights Watch. The new law included requirements to assist Tunisia’s victims of domestic violence, providing them with legal and medical support. Tunisia’s authorities intend to ensure adequate funding and political will to fully place the new law into effect.

A Proposal For Tunisian Women to Share in Inheritance

In January 2018, the Committee on Individual Freedoms and Equality (CIFE) planned a proposal for Tunisia’s women to share in men’s inheritance and pass their family name onto their children.

“Tunisia is once again pioneering and irreversibly moving toward advancement,” Bochra Bel Haj Hmida, CIFE’s chairwoman, told the Thomson Reuters Foundation. “All discriminatory laws in the family space and public space are included in the commission’s tasks.”

CIFE’s proposed bill will also ban dowries, allowing Tunisia’s men and women to share their roles as head of the household. CIFE planned to present its recommendations to Tunisia’s president on Feb. 20, 2018, but requested a postponement until after municipal elections on May 6. The news site ANSAmed said that CIFE did not want its proposal to become an issue of electoral tension.

Tunisia’s parliament, the U.N. and CIFE have made much progress in strengthening the representation of Tunisia’s women in politics and protecting their freedom. Many groups will continue working toward improving women’s rights in Tunisia.