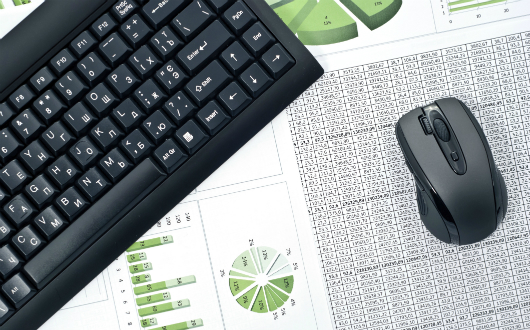 Data collection is essential to address public health concerns in the developing world. If a nonprofit or government institution cannot identify risk factors, outbreaks, health trends and vulnerable populations, aid cannot be targeted effectively at the people who need it the most. As Margaret Chan, director-general of the World Health Organization puts it, “without these data, countries and their development partners are working in the dark – throwing money into a black hole.”

That is why the World Bank, the U.S. Agency for International Development (USAID) and the World Health Organization (WHO) recently announced the Roadmap for Health Measurement and Accountability and a Five-Point Call to Action. These initiatives are meant to encourage the governments of developing countries to strengthen their public health registration systems, with the goal of making health aid more effective while avoiding some of the data-collection pitfalls of the past.

While previous data-collection initiatives, many motivated by the Millennium Development Goals, led to dramatic improvements in public health knowledge gaps, they also had some negative consequences. These were mainly a result of the programs’ tendencies to fragment as well as detract from country-led approaches to data collection.

Jimmy Kolker, assistant secretary for global health in the U.S. Department of Health and Human Services, points out that data collection should not be an “end in itself.” To be effective, governments need to have the political capacity to support, and act on, the data that they collect. In contrast to previous initiatives, the Roadmap and Call to Action are intended to empower countries to develop their own integrated health systems, which should be more sustainable and robust in the long-term.

The Five-Point Call to Action includes some very specific public health monitoring goals. For example, the third point emphasizes a need for adequate civil registration systems, with the goal of registering all births by 2030, as well as registering 80% of deaths and their causes. The reasoning behind being so specific in establishing broad standards is that in the past, data collection efforts were hampered by a lack of coordination; a poor focus on specific health issues also failed to reveal broad trends and strengthen public health systems. Thus, these initiatives emphasize establishing accurate measurements of a few basic indicators, such as births and deaths, as well as having basic reporting and public access mechanisms in place.

The Call to Action calls for adequate data collection and interpretation through modern technology, not just traditional registration systems. Point four emphasizes that by 2020 all countries should have “real-time disease surveillance systems in place, including the capacity to analyze and link data using interoperable, interconnected electronic reporting systems within the country.”

As technology has developed, aid agencies and governments have an ever-growing list of resources that can help them monitor, collect, and interpret health-related data. Up to two-thirds of the world’s population in 100 countries is absent from public registration systems, a gap that must be filled by modern data-gathering and reporting solutions. Mobile technology is an enormous boon to governments trying to build data collection and dissemination systems.

For example, since 2008 Bangladesh, with relatively little funding and prior to the aforementioned initiatives, has managed to strengthen programs for establishing electronic medical records, centralized databases, accessible online resources for data-entry and reporting, and citizen feedback mechanisms. Bangladesh is a great example of how a low-income country can rapidly modernize its public health data resources cheaply and efficiently, a model from which other developing countries might learn, spurred on by the recent initiatives by USAID, the WHO, and the World Bank. Perhaps, with some financial and technical support from these institutions, developing nations can create their own path toward improved public health.