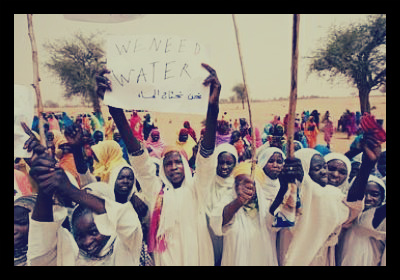 The famine in South Sudan has reached a scale similar to that in Syria. Close to one third of the population of South Sudan is already at severe risk of starvation and, unless something is done soon, the struggle will only get worse. Some are calling it a race against time.

Since the violence erupted this past December, around 255,000 people have fled to neighboring countries such as Ethiopia, Kenya and Uganda, and more than 800,000 people have been displaced inside the country. Some people have even fled north to South Sudan’s recently separated Sudan counterpart. The United Nations coordinator for humanitarian aid in South Sudan, Toby Lanzer, has appealed for the essentials such as food and water, as well as farming tools and seeds. If the South Sudanese are unable to plant their crops by the time rain comes in May, they will face the most disastrous famine in Africa since the 1980s.

According to Lanzer, aid donations have been catastrophically faltering. A United Nations appeal for $1.3 billion was not fully funded and only a quarter of the requested money went though, in an assertion that only $232 million was necessary for the bare minimum of humanitarian aid to the country. But the bare minimum is not enough, as tragic 7 million people in South Sudan are at risk of hunger. People are in such dire need of food and water that one family started boiling poisonous roots for an entire week in order to have something to eat. Many travel for days with no water whatsoever.

Violence in the country has only made matters worse. When weapons were reported to have been found in a UN convoy in March, the government and army in South Sudan understandably felt obligated to increase surveillance and security measures on UN vehicles delivering aid. The issue strained relations between the international agency and South Sudan, subsequently making aid delivery increasingly difficult.

The horrifying conditions in which people are currently living, however, can be changed. Famine implies that people are dying and, while many argue that South Sudan has not yet reached that point, the risk is very real. With enough funding reaching the people of South Sudan in a timely enough fashion, an even worse future can be avoided.

Agriculture Fails to Entice Youth in AfricaPolio: A Conspiracy Theory that Kills
Scroll to top