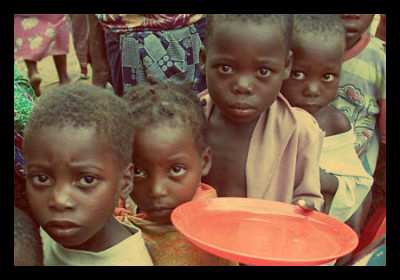 South Africa is one of the few countries able to provide its entire population with food. Each individual is able to receive approximately 600 grams of starch, 300 grams of fruit and vegetables, and 150 grams of meat or fish, according to the Food and Agriculture Organization of the United Nations. However, hunger in South Africa continues to be a prevalent issue.

Causes of Hunger in South Africa

Thus, 11 million South Africans are unsure where their next meal will come from, a concept known as “food insecure.” A quarter of the South African population is currently struggling from malnourishment and hunger. The rural areas are where hunger hits the hardest, and the majority of South Africa’s poor are living in the rural parts of the country.

The reasoning for this is because natural resources are being wasted and are not being put to appropriate use. The cost of food is rising, and many South Africans are finding it increasingly difficult to afford or access nutrient dense foods at an affordable price.

Dr. Gerhard Backebery, Executive Manager of the South African Water Research Commission states, “Although not conclusive, it seems that most poor people are buying and not growing the food that they are eating. At the same time it is of major concern that available natural resources (such as water, soil and plants) are under-utilized.”

People are not merely dying of hunger in South Africa, but more specifically, they are dying from the side effects of lacking proper nutrients.  What people are able to eat is directly stemmed from what they are able to afford. Children, in particular, are suffering from undernourishment and malnourishment; a study in the Eastern Cape shows that some children are only ingesting meat one time per month, therefore they are severely lacking in minerals such as zinc and iron.

One in five children are reportedly stunted from lack of necessary nutrients and minerals.  Their nutrient deficiencies can have a lasting effect on their growth process, causing significant impairment to their physical health and mental development.

Food fortification is one of the main methods to help reduce malnutrition and deprivation of nutrients.

Wheat flour, sugar, and maize flour now include essential vitamins and minerals. The addition of fortification in food has led to a reduction in birth defects. Children who are not breastfed, or who have been improperly breastfed, present elevated levels of malnourishment, growth defects, diarrhea, and are at greater risk of HIV and AIDS.

Other factors such as access to clean water, sanitization and health care can have a large impact on resolving hunger in South Africa. They influence health and can lead to maintaining essential nutrients that may otherwise be lost due to diarrhea and dehydration.