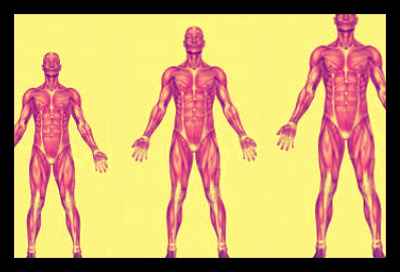 China’s People’s Liberation Army (PLA), the largest army in the world, recently released a report on the physical well-being of its troops. The study, published in the PLA’s official newspaper, reported that China’s soldiers have gotten physically bigger in recent years, growing .8 inches taller and two inches larger around the waist in the last 20 years.

While this increase in size has caused some problems with army equipment, experts are celebrating the news and attributing better nutrition in China for the growth.

Malnutrition has long been a problem in China, especially in rural areas. Poor Chinese soldiers were traditionally more likely to be malnourished and underweight. As China modernized, so did its military, which was forced to design its own military technology due to trade sanctions.

The equipment created during this period, however, is based on a now-outdated body type. Rifle butts are proving too short for soldier’s arms; tanks are becoming more crowded by the bigger average bodies of soldiers.

The United States military is experiencing similar problems, but it is largely due to higher obesity rates.

The size increase in both the U.S. and China is related to development. As China has modernized and become a wealthier nation, the Chinese population, including China’s soldiers, have become more nourished. In the case of the U.S., as nations move from middle-income to high-income status, obesity rates tend to increase.

Experts warn that as the nation continues to develop, China may be headed on the path towards an obesity problem.

Youth in urban areas are those particularly represented in the increased obesity rates, with wealthier people having higher obesity rates than those with less money. This economic link to obesity is the opposite of many nations such as the U.S.

Along with greater wealth, access to fast food and better nutrition, placing less emphasis on physical activities starting in childhood is contributing to the average size increase of Chinese people.

Athena Foong of University of Southern California’s Institute for Global Health explains, “The only way people look at the way you advance in life [in China] is getting a better education so you can get a better job, and sports is not considered a job.”

Despite rising obesity rates, many Chinese people are also still going hungry. In China, there are roughly 12.7 million children with stunted physical growth caused by chronic nutritional deficiency in the first 1,000 days of life. In low-income, rural parts of the country, 10 percent of children under the age of 5 have stunted growth.

While these figures are concerning, they have also been steadily declining in recent decades. In 1987, 22 percent of Chinese people were underweight. This number decreased to 12 percent by 1992.

Improvements in the health of Chinese people have many causes including economic advances, better access to clean water, increased distribution of food and better health facilities and resources.

China’s rapid development has brought better health and nutrition to its populace, but as long as childhood malnutrition and obesity rates persist and rise, the nation will be combating development-related public health issues.

Hunger and Poverty in ArmeniaKathputli Colony: From Slum to Skyscraper
Scroll to top