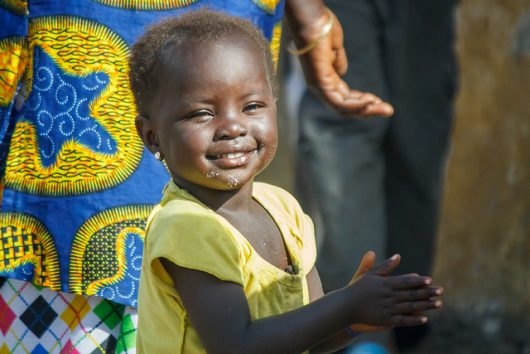 Since gaining independence from France in 1960, Senegal has had a successful run as a country. For example, it is considered one of the most stable democracies in West Africa. Nevertheless, nearly 50 percent of the population experiences malnutrition or hunger in Senegal.

The economy relies mainly on the agricultural sector, with most of the citizens being employed in the industry. Even with the success of farmers, however, not nearly enough nourishment is provided to the 13 million people who call Senegal home.

Food insecurity is mainly caused by the fluctuating food prices and unpredictable harvests that happen every year. The truth is that these unpredictable factors cause hundreds of thousands to experience hunger in Senegal.

Some unfortunate results of the fluctuating factors are that more than one million children under five are at risk of food shortages, threatening their growth and their lives.

In fact, the rate of hunger and malnutrition has become such a problem that the World Health Organization estimates that the country is on the threshold of an emergency. Half of the population is living on less than $1.25 a day, providing little room for families to ensure their loved ones are well-fed.

To alleviate hunger in Senegal, organizations like the World Food Programme (WFP) and Freedom from Hunger are supporting those who are suffering. For example, WFP collaborates with the government to provide nutritional support to families with young children. Freedom from Hunger also provides financial and educational services to women and families in rural areas of the country.

Furthermore, volunteers from organizations that seek to improve the state of hunger in Senegal encourage pregnant and lactating women to participate in nutrition awareness sessions. Rural areas of the country are also targeted by these helpful volunteers, for they typically house the most vulnerable in the country.

The government has begun to take part in helping its country, as well. Recently, the government employed a voucher system, under which each household receives a voucher to use for their family’s monthly food needs. In 2017, the UN reiterated their desire for Africa to reach its Zero Hunger Goal by 2030 under new Secretary-General Antonio Guterres. In order for this to happen, Senegal has to keep up the work being done to help families in need, as well as go further in making sure the citizens have proper information concerning nutrition.

Senegal is a nation with low incomes and severe food deficit. The country is on the mend, though, with the help of nonprofit organizations and programs designed to teach families how to receive nutrition in the smartest and most economical way. If governments and organizations keep up the good work, they can lift the burden of hunger in Senegal.