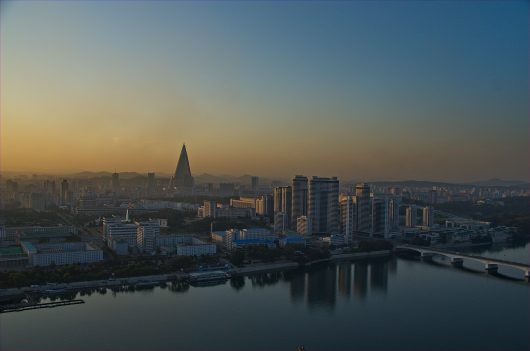 Water quality in North Korea continues to deteriorate. The country’s water system and sanitation systems are both in a state of disrepair. Even though the country invested in an extensive piped water supply system in the early ’80s, due to natural disasters and low levels of investments the water system in compromised.

As a result of inadequate water quality, North Korea has had poor sanitation and unhygienic behavior from its citizens, resulting in an increased rate of under-five mortality.

Due to the condition of water quality in North Korea, UNICEF’s WASH program has focused on contributing to improved access and utilization of safe drinking water, sanitation services and good hygiene practices in communities and schools in the country.

In 2015, North Korea was impacted by a drought that lasted 18 months, resulting in the lack of drinking water and a further worsening of the country’s water supply system — resulting in an increase in the prevalence of water-borne diseases.

Access to potable water in the country is almost always inadequate and organizations like Concern Worldwide continue to work with local authorities and communities to provide alternative energy and pumping systems to provide North Koreans with water and also build latrines.

Water quality in North Korea continues to negatively impact the country’s food supply and without proper development will continue to result in malnutrition and disease.

While the country’s water issues seem grim, the country has developed a five-year economic plan which focuses primarily on the simultaneous development of nuclear weapons and the economy as a means to improve living conditions in the country.

Although water quality in North Korea continues to worsen, there remains a glimmer of hope in sight for the people of North Korea.