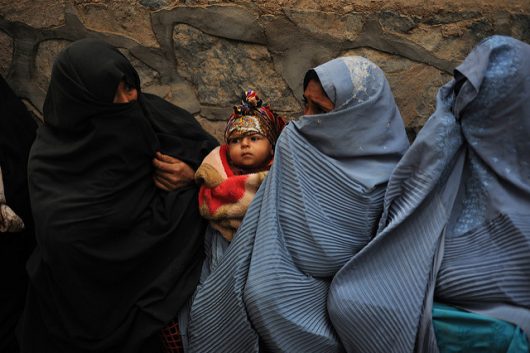 In developed countries, checking the weather forecast is important when planning a weekend trip, but to rural farmers in poor regions, it can make the difference between putting food on the table and going hungry. The impact of weather forecasting on poverty is notably strong, and new tech solutions are being implemented across the globe to ensure food security for farmers and communities.

Estimates indicate that a surprising 70 percent of the world’s food supply is created by small, independently owned farms less than two acres in size. Yet this backbone of agriculture can be easily devastated by droughts.

For example, the eastern region of Africa known as the Horn, which is home to Ethiopia, Somalia and Kenya, has experienced at least one drought per year for over a decade, causing more than 25 percent of the population to suffer from hunger. This weather has drastic economic consequences as well since the Horn is heavily dependent on its major exports of coffee and bananas.

In an effort to reverse this trend, Satellite Technologies for Improved Drought Risk Assessment (SATIDA) was created by a partnership between Vienna University of Technology and four other organizations, including Doctors without Borders and the Austrian Central Institution for Meteorology and Geodynamics.

SATIDA shows how positive the impact of weather forecasting on poverty can be with its multifaceted research approach. The four major components of the study are a complex drought indicator, regular forecasts, a mobile application and a database linking all other elements together.

“The goal is to know whether a drought is going on,” Markus Enenkel, lead researcher of the International Research Institute for Climate and Society at Columbia University told CNN in February. “We can give a seasonal summary to help people prepare.”

SATIDA’s research team is actively working on two projects using satellite and smartphone technology. One marks official confirmation of droughts when they occur to enable insurance payments to farmers in the event that their crops fail. The second project enables farmers to prepare for droughts ahead of time by providing more precise forecasting with smaller intervals.

Though similar efforts have been made in the past, such as when the World Bank pledged $213 million for anti-poverty weather forecasting tech in Bangladesh in 2016, the distinction of SATIDA is its keen focus on community-based improvement.

Shailaja Fennell, Cambridge University’s coordinator of the Global Food Security Initiative, summarized the importance of the users and their families in the impact of weather forecasting on poverty:

“The world of IT is fantastic, but to truly deliver, the products must be owned and analyzed by the community.”