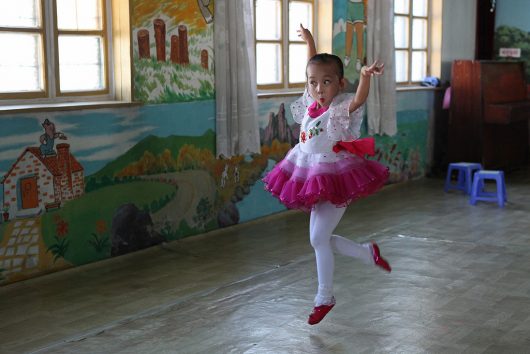 Accoriding to data from a May FAO report reveals, “The number of hungry people in North Korea has more than doubled in the past two decades, rising to 10.5 million in 2014 from 4.8 million in 1990.”

Below are three major events relating to the state of hunger in North Korea:

North Korea suffered from the Great Famine between 1993 and 1999, which resulted in the deaths of nearly two million people. Consequently, the country continues to receive international food aid. However, due to recent concerns of human right violations and corrupt government activity, UN aid has been cut from $300 million in 2004 to just $50 million in 2014.

Some critics blame the former leader Kim Jong Il and other officials for the unequal distribution of food supplies, favoring the elite over the farmers who produced the crops. Collectivist farming and food distribution strategies were introduced at the beginning of his term. Without enough food to feed everyone, military members and elite officials were seen as the first priority, leading to conflicts between the government and rural farmers during the famine of the 1990’s.

The country’s recent drought between 2014 and 2015 resulted in huge cuts of up to 50 percent of potato, wheat and barley harvests. North Korean media claims it was the worst drought in 100 years.

Upon taking  the reigns as North Korea’s leader, Kim Jong Un promised his people that they would never face another famine or extreme hunger in North Korea. However, in March, his officials warned that the country may face upcoming economic hardship and food shortages. The news comes as a result of strict UN sanctions (mainly limiting exports to UN members) imposed in response to North Korean nuclear activity in February.

A North Korean newspaper warned citizens of possible hardships, stating, “We may have to go on an arduous march, a time when we will again have to eat the roots of grass.”

According to the Los Angeles Times, North Korean officials were forced to seek international aid after a flood last month stemming from Typhoon Lionrock devastated the country’s poor northeastern region.killed more than 133 people in what is being called the country’s, “worst disaster since World War II.”

The flooding destroyed roads and ruined water supplies for tens of thousands of people, according to international agencies. One official with the U.N. Office for the Coordination of Humanitarian Affairs reported that 140,000 people were affected with that number expected to grow as relief workers assess other areas that before were inaccessible.

According to the newspaper, the torrential rains and flooding are the biggest natural disaster to strike North Korea since Kim Jong Un took over in December 2011 after the death of his father, Kim Jong Il.