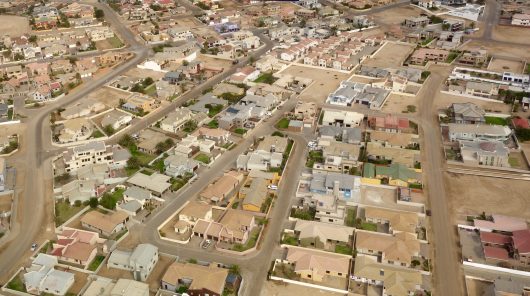 Namibia gained its independence from South Africa in 1990. However, it is still dealing with the result of socioeconomic inequalities that came from the apartheid system during colonization. The government has achieved the UNDP Millennium Development Goal of cutting its poverty rate in half, but has unfortunately failed to eradicate hunger in Namibia.

Namibia has a Global Hunger Index (GHI) of 31.4, as reported by the International Food Policy Research Institute. This shows an alarming level of hunger in Namibia. What makes it more serious is the fact that Namibia has the lowest percentage reductions in GHI scores since 2000. Though child stunting, child wasting and child mortality have declined, undernourishment has increased to 42.3 percent. The factors that lead to hunger in Namibia include frequent droughts and flooding, putting pressure on the country’s agricultural and livestock production.

Chronic droughts, lack of agricultural land and water shortages result in crop failure. This means that agricultural production is severely low, even though about 70 percent of the population depends on the agricultural sector for their subsistence.

15.8 percent of Namibia’s population lives on less than $ 1.25 per day. Its economy is largely dependent on extraction and limited processing of minerals like diamonds, gold and zinc. It is also one of the largest producers of uranium in the world. However, only 10 percent of the labor force is employed in the mining sector.

Poverty is the most important of the causes of hunger in Namibia, limiting access to food. Another problem is that Namibia is heavily reliant on food imports (60 percent of all its food requirements), which means it is subject to high prices. The proportion of food insecure individuals was estimated at 25 percent in 2016.

Recently, the World Food Programme and Namibia’s National Planning Commission launched a five-year Country Strategic Plan (CSP) with an aim to end hunger in Namibia. The CSP is aligned with the Fifth National Development Plan and the Zero Hunger Roadmap, meant to achieve two strategic wins: enabling the vulnerable population to meet their food and nutrition requirement and ensuring government policies and programme designs are more informed of hunger issues. The support includes implementation of food-based safety net programmes, food management and monitoring system as well as capacity development to sustain the improvements and achieve zero hunger in Namibia.