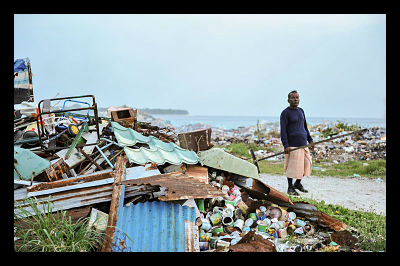 Maldives, located in the southwest of Sri Lanka by the Indian Ocean, is a poster country for other countries in the south of Asia. It is doing remarkably well. Hunger in Maldives is dwindling quickly and effectively.

Maldives is doing well because it has had a lot of quality support from organizations such as the World Health Organization. The WHO has been supporting Maldives for nearly a century now, and has created eight Millennium Development Goals in order for the country to track its progress in the fight against poverty and hunger.

The eight goals are:

Food security is one of the country’s biggest concerns when addressing hunger because of availability, affordability and accessibility to food. There is very low production of food, and therefore, the country must import most of its food, which increases price, making it harder to get sufficient amounts of food. Consumption of meat, fruits, and vegetables in the atolls of Maldives at least once a week is very rare.

Although the situation is dire, the percentage of underweight children has seen much improvement. In 1994, the National Nutrition Survey produced results about nutrition that was eye opening; 43 percent of children under the age of five were underweight. In 2009, that number decreased to 17.2 percent, a big improvement.

Referring back to Goal 1, Maldives has clearly benefitted from the intervention of the WHO, and how it has helped alleviate hunger in Maldives. MDG1 has its own set of government strategies that the WHO has suggested in order to combat hunger.

Since accessibility and affordability are major factors in the availability of food, the government and the WHO try to find strategies to combat these things. Some of the strategies include stimulating the local food production and markets, tackling micronutrient deficiencies, and also starting to develop capacities of trained personnel.

By stimulating local food production and markets, the Maldives can have its local and national markets see improvement. Through coordinated involvement with agriculture, commerce, education and transportation, the WHO and government should see immediate progress.

Maldives has a shortage of qualified personnel who would deal with agriculture, health and nutrition. By improving education and increasing the amount of qualified workers, Maldives can start to see its crops yield more and its people remain healthy.

Luckily, the WHO is a very efficient organization and MDG1 has been deemed a reached goal. In fact, out of all the countries with MDG’s in South Asia, Maldives is currently one of the only countries to have more than half of the MDG’s met.

Though hunger is an issue that Maldives has tackled, it is faced with other, serious issues. The current legal system of Maldives is relatively shaky. The current president of Maldives runs the country with a semi-tyrannical iron fist and has made the country a police state. Though this is another type of battle, it is still something that needs looking at. A lot of the legal actions taken in the country are often uneven across accounts. The citizens of Maldives haven’t gone silent, however, and protests supporting the people have been developed.

Young Maldives has tackled the tough issue of hunger in the country. Even though there are still people struggling that are still getting attention, hunger seems to be in control on an aggregate level. If the amount of effort put into ending hunger in the country were redirected towards something else, improvement is inevitable. The future is bright for Maldives, and hopefully the rest of the country’s issues can be solved.