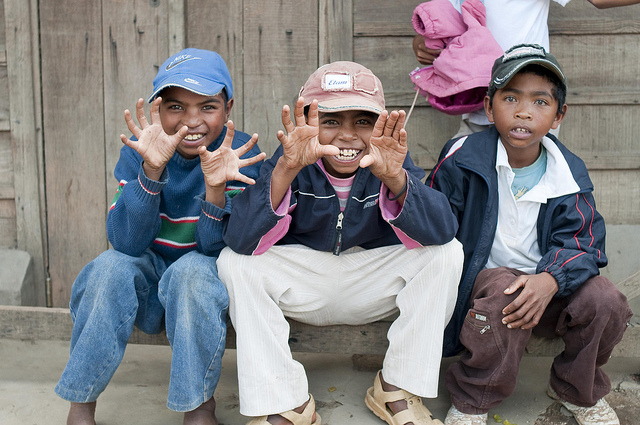 Madagascar is vulnerable to natural disasters such as cyclones, floods and droughts. However, there is also a vulnerability to the issues of malnutrition and waterborne diseases, contributing factors of hunger in Madagascar.

Madagascar is the fourth largest island in the world and boasts a diverse ecosystem. It has a population of 24 million; nearly 90 percent live in poverty and 25 percent of the areas where people live are exposed to natural disasters. In addition to the disasters listed before, they currently face issues related to climate change and environmental degradation. These factors play a role in the hunger in Madagascar.

Farming, fishing and forestry are the main industries that people depend on. Due to the fragile ecosystem, certain areas in Madagascar susceptible to shocks, which in turn impacts food insecurity. Madagascar is often defenseless against natural disasters, which interfere with the economy by disrupting the agriculture. As a result, citizens are unable to produce certain crops such as rice, a staple in the country’s diet.

The southern region of Madagascar has faced droughts and El Nino, which has left 1.2 million people food insecure and 600,000 severely food insecure. They’ve also faced tropical cyclone Haruna which destroyed homes and livelihoods. Each disaster has left the population open to diseases, food insecurity and malnutrition.

Furthermore, the World Food Programme has helped make a difference in Madagascar by helping farmers improve the quality, storage and handling of food. These organizations aim to better prepare local populations for these natural disasters and help to prevent further hunger in Madagascar.

Natural disasters have contributed to the issue of hunger in Madagascar. While there are organizations helping, there are still thousands that are in need of assistance in dealing with emergencies and problems like malnutrition and food insecurity. To help with issues such as malnutrition, waterborne diseases and hunger in Madagascar, consider making a donation to reputable organizations.