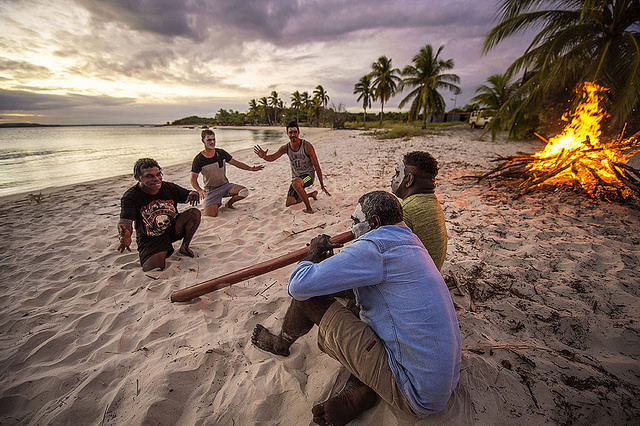 In 2007, the United Nations General Assembly adopted a new declaration sourced from existing international human rights law. This time, though, the organization focused on a specific marginalized group: indigenous peoples. The strong support of the United Nations Declaration of the Rights of Indigenous Peoples was a major step toward increasing communication between indigenous peoples all over the world and the U.N. Member States.

Across the globe, indigenous peoples are often marginalized by the law and face harsh discrimination. A large contributor to the increased vulnerability of indigenous peoples to violence and human rights abuses comes from their displacement. Indigenous groups tend to share a common key value based on their land. When they are taken away from that land, many groups find it much more difficult to fully exercise their human rights.

The declaration, though legally nonbinding, is significant because of the participation of indigenous peoples in its drafting. The document recognizes that all of the human rights outlined in previous United Nations declarations apply to indigenous peoples. While the declaration was supported by most countries, Australia, New Zealand the United States and Canada voted against it.

However, two years later in 2009, Australia voiced its support for the law, signaling progression toward advancing human rights for all of its citizens, and closing the gap between indigenous and non-indigenous Australians. The country has already been considering constitutional changes based on the document.

Following the formal endorsement of the United Nations Declaration of the Rights of Indigenous Peoples in Australia, the government took crucial steps in implementing the core values outlined in the document. In order to educate Aboriginal and Torres Strait Islander peoples about their rights, the Australian government distributed a comprehensive guide to the U.N. document.

The guide to understanding the declaration in Australia specifically addresses rights to country, resources and knowledge, as well as self-governance and more. The document has received a large degree of legitimacy, due to support from not only the Australian government but also countries all across the world, making it an important tool for Aboriginal and Torres Strait Islander peoples to invoke when addressing the human rights violations and discrimination to which they may be subjected.

The adoption of the declaration, after its initial rejection, does not create legal obligations for the countries that support it. What it does do, however, is allow Aboriginal and Torres Strait Islander peoples to use the language of human rights to influence government policies. The Declaration of the Rights of Indigenous Peoples sends a clear message that governments cannot avoid international scrutiny for mistreatment of and violations against their indigenous groups.