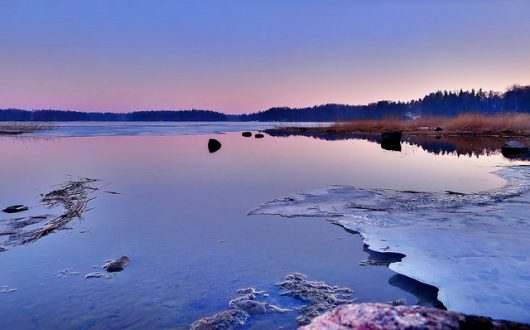 Due to Finland’s high standard of living, based on the nation’s welfare system, poverty rates are low. In such a system, the Finnish enjoy an exceptional education system, strong health standards, and safe, connected communities, all of which combine to limit the presence of hunger in Finland.

Finland is one of the top-performing countries in education, measured in the fields of reading literacy, math and science by the Organisation for Economic Co-operation and Development (OECD). According to the National Center on Education and the Economy, education is made publicly available from the primary level through upper secondary level.

Naturally, education has been shown to reduce the likelihood of poverty, which remains especially true for Finland, where both the quality and availability of the system is widespread. The same is true for healthcare, where the standard of treatment in Finland ranks highly among other OECD nations.

The Finnish also live in safe communities, where 86 percent of respondents claim that they “feel safe walking alone at night,” compared to the OECD average of 68 percent. A low crime rate reflects the nation’s lack of poverty, due to the elements provided in Finland’s welfare system.

In more specific terms, Finland has the fourth lowest poverty rate among OECD nations, according to a 2016 report. It is unsurprising, then, that the issue of hunger is practically nonexistent within the country. As the organization Trading Economics reports, undernourishment affected only five percent of the Finnish population in 2008.

Moreover, Finland aims to end hunger worldwide, evident through the nation’s consistent donations to the United Nations World Food Programme (WFP). Such donations have contributed to hunger relief in countries such as Lebanon, South Sudan, Ethiopia, Afghanistan and the Central African Republic.

“Thanks to Finland’s flexible and predictable multi-year commitment of €29 million,” wrote the WFP in a 2014 report, “we are able to respond to the needs of vulnerable people using innovative tools that increase dignity and efficiency.”

Assuming Finland continues to meet the demands of its citizens, let alone providing assistance elsewhere, hunger in Finland will not be a concern anytime soon.